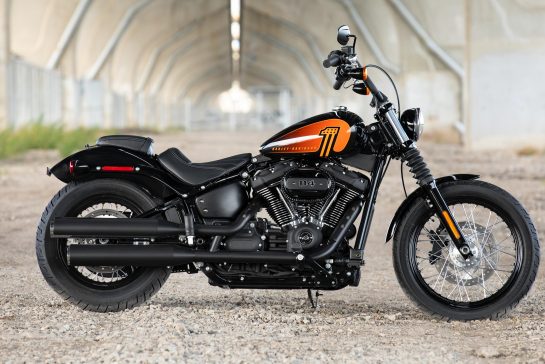 Back in history: The “most successful racing machine of all time”

It is a child of the late 60s. Harley-Davidson celebrated one racing success after another with it, and the legendary stuntman Evel Knievel completed his daredevil jumps on it. The XR 750 is as small as it seems to us today, but its current market value among collectors is enormous. Around 500 units were built. If you want to see an XR 750 live today, you have to look in museums and at trade fairs. Take a look at what makes them so special:

The XR 750 owes its birth in 1970 to the fact that the American Motorcyclist Association (AMA) had changed the flat track regulations. The new guidelines no longer gave a chance to side-controlled engines, such as Harley-Davidson had successfully used in its KR racers up to that point.

A 750cc OHV engine was needed – and Harley’s race manager Dick O’Brien and his team built it based on the V-twin used in the Sportster XLR racer.

On the new Flat Tracker, the tuned powerplant found a home in a modified KR racing frame, refined with Ceriani forks and Girling shocks, and topped off with a fiberglass tank and apron in Harley’s Jet Fire Orange racing color. The bike weighed in at just 134 pounds, and it was a fiery scraper:

A quarter turn of the throttle was enough to fully open its throttle! 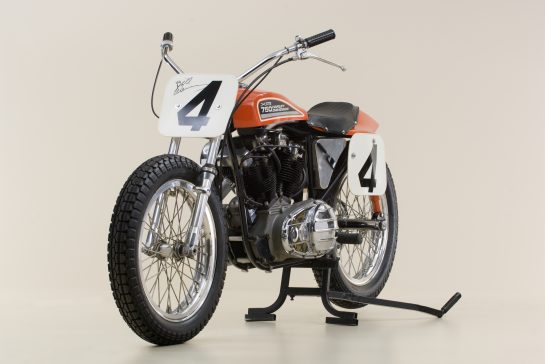 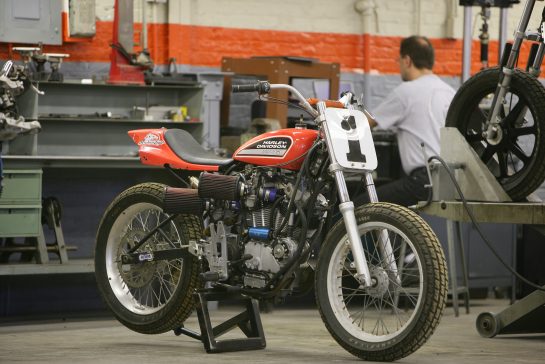 Two years later, the XR-750 had matured to perfection: in 1972, light-alloy cylinders and heads allowed higher compression and also successfully countered the thermal problems of the cast-iron versions previously used.

The engineers turned the rear cylinder around to accommodate two 36cc carburetors fitted with bulky air filters on the right and a raised exhaust on the left.

The crankshaft, connecting rods, pistons and valves were redesigned for a modified bore-stroke ratio. More power and unadulterated stability were the reward for the effort, and by now at the latest, other teams could pack it in, as the XR-750 set out to dominate the flat track.

From 1972 to 2008, the XR-750 won 29 of the 37 AMA Grand National Championships, more race wins than any other motorcycle in AMA history, and earned the title of “Most Successful Race Machine of All Time”. 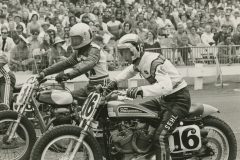 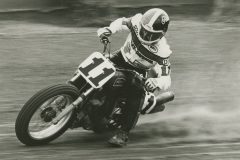 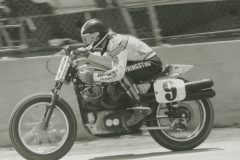 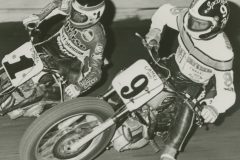 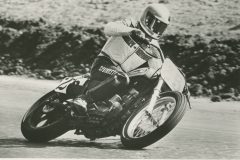 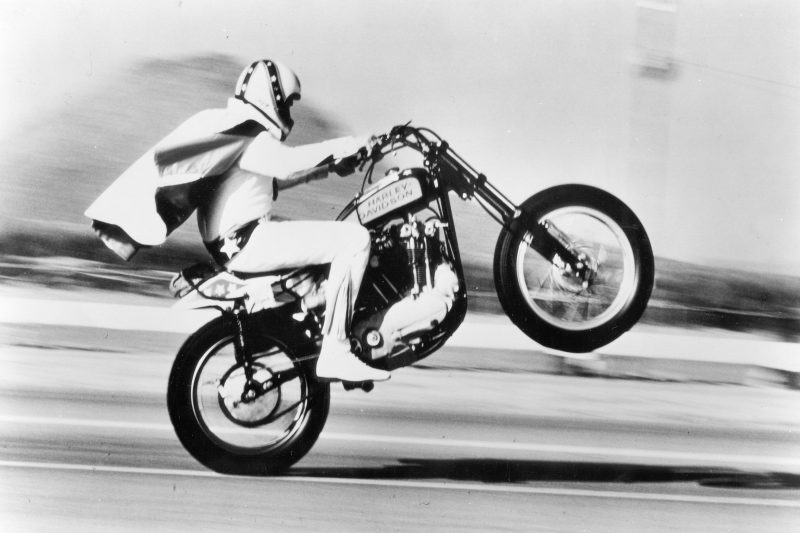 Unforgettable: Stuntman Evel Knievel performed his most spectacular jumps on the XR 750.

To this day, it remains one of the crowd-pullers at exhibitions such as “The Art of the Motorcycle” at the Guggenheim Museum or at trade shows such as the “Art of Racing” at the Custombike Show in Bad Salzuflen in 2019.

Anyone who owns one of the slightly more than 500 bikes from Milwaukee can consider themselves lucky, because it has long been worth many times its original price.

Since the beginning of the eighties, Harley-Davidson has only manufactured engines instead of complete XR 750 race bikes and ensured the supply of parts for the racing teams, who in the meantime were happy to assemble their chassis themselves anyway. At the end of the eighties, only parts were available instead of engines.

In the meantime, Harley-Davidson has a crown princess of the classic sports gun on the starting line: the XG 750R, whose liquid-cooled 60-degree V2 is based on the Revolution X engine of the Street models – an interesting piece of technology, but unfortunately “for race use only”! 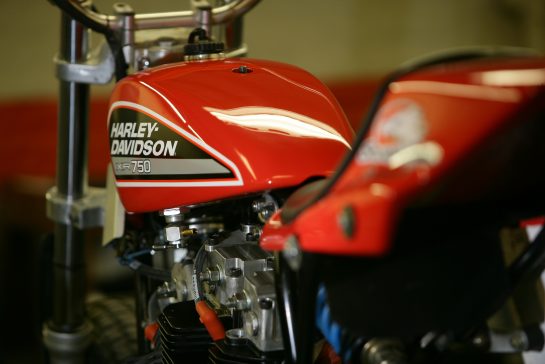 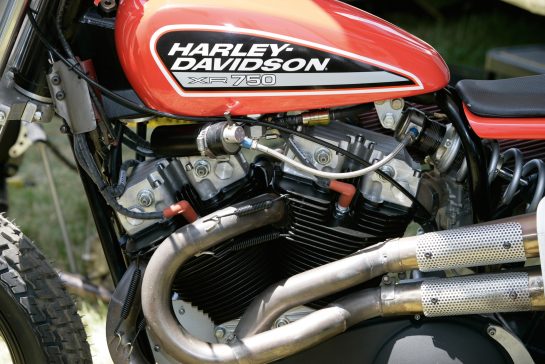 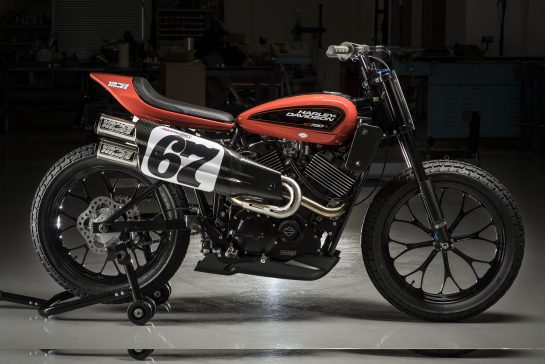