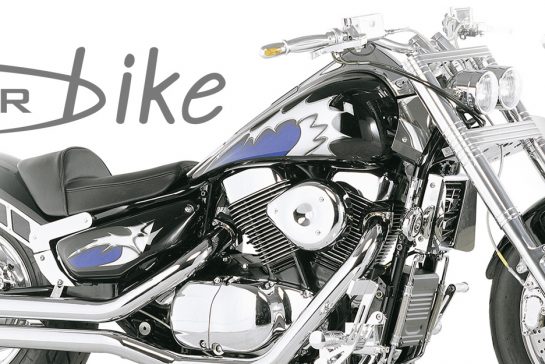 A valuable cargo rolls into the secret development center of the Bundeswehr this morning. In the inconspicuous silver-gray trailer, one of the most interesting new vehicle systems of the future will be brought to the site. Only a few invited guests were allowed to attend the premiere of the combat system “Sniper” and were even guarded by a “Roland” air defense system. 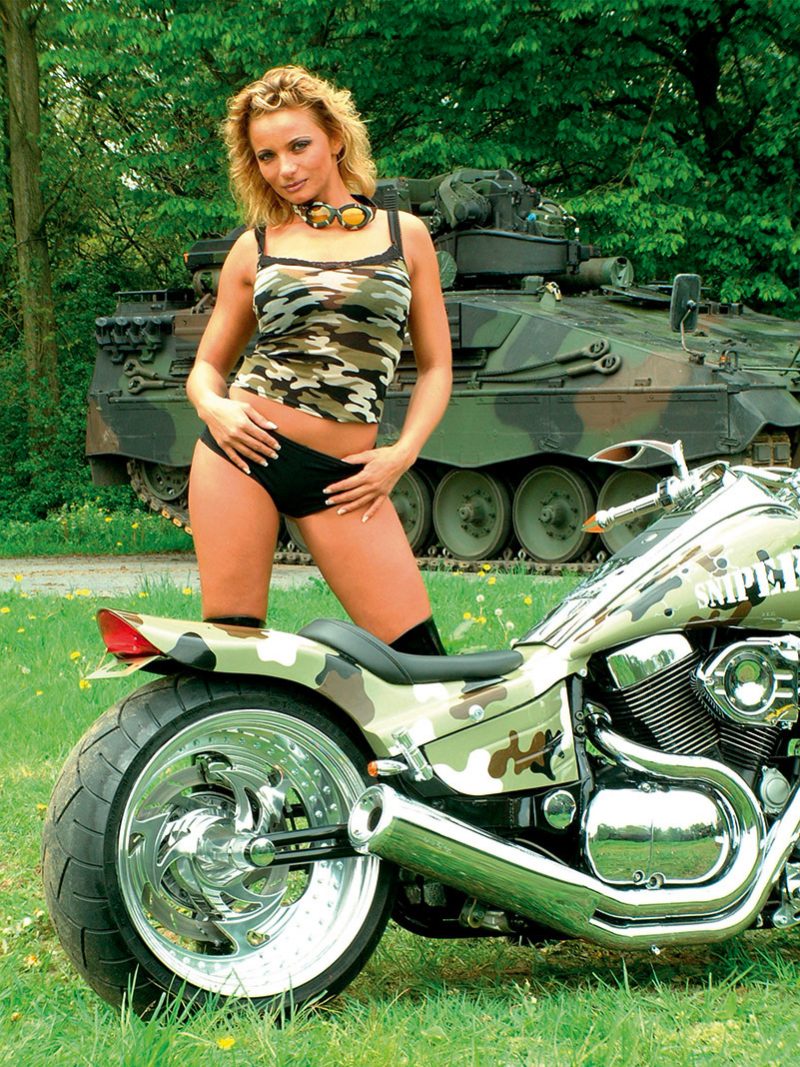 The project, with the code name “The Sniper” includes:

Two-wheeler with easy to maintain, powerful two-cylinder, low silhouette for difficult reconnaissance, strong materials and the largest possible range. Thunderbike had taken the task seriously, several features exceeded the expectations of the Bundeswehr Material Office and even the plans for equipping the crew had been implemented. The low silhouette immediately catches the eye. A comfortable seat provides the lonely reconnaissance space, the boots rest on pre-routed notches. The chassis, front an original VL fork with specially made 6 ° -Recking, behind a double tube swingarm, was extremely lowered.

For long marches, the tank was enlarged under the seat to 16 ltr and blinded with special groove side covers. The battleship on the top tube was stretched. The bullet holes resulted from a failed nocturnal sabotage act. Surprised by the ineffectiveness of the action, the saboteurs were arrested by security forces before they could do more harm. A proof of how forward-looking Thunderbike was able to shape the “tank”.

Next contributed the Hamminkelner also the performance. The intake system with Hypercharger, open air filters and carburettor tuning kit makes quick position changes possible immediately. The flyer bar is sufficient for quick changes of direction, while the massive Spiegler elements impress with the braking maneuver. The double searchlights are protected by brute bridges against weapon effect, the tail light is Gfk-coated.

Interesting also the garment concept of the crew. Lieutenant E., a female member of the Bw clothing office, introduces the “Tactical Innovation Transport Suit” (T.I.T.S.). To save weight was dispensed with unnecessary fabric, long Tactical boots are to confuse the opponent. Olt E. presented various clothing combinations, which are currently being tested. As she announced, they wanted to try out different “positions” in the near future. But this happens under exclusion of the public! 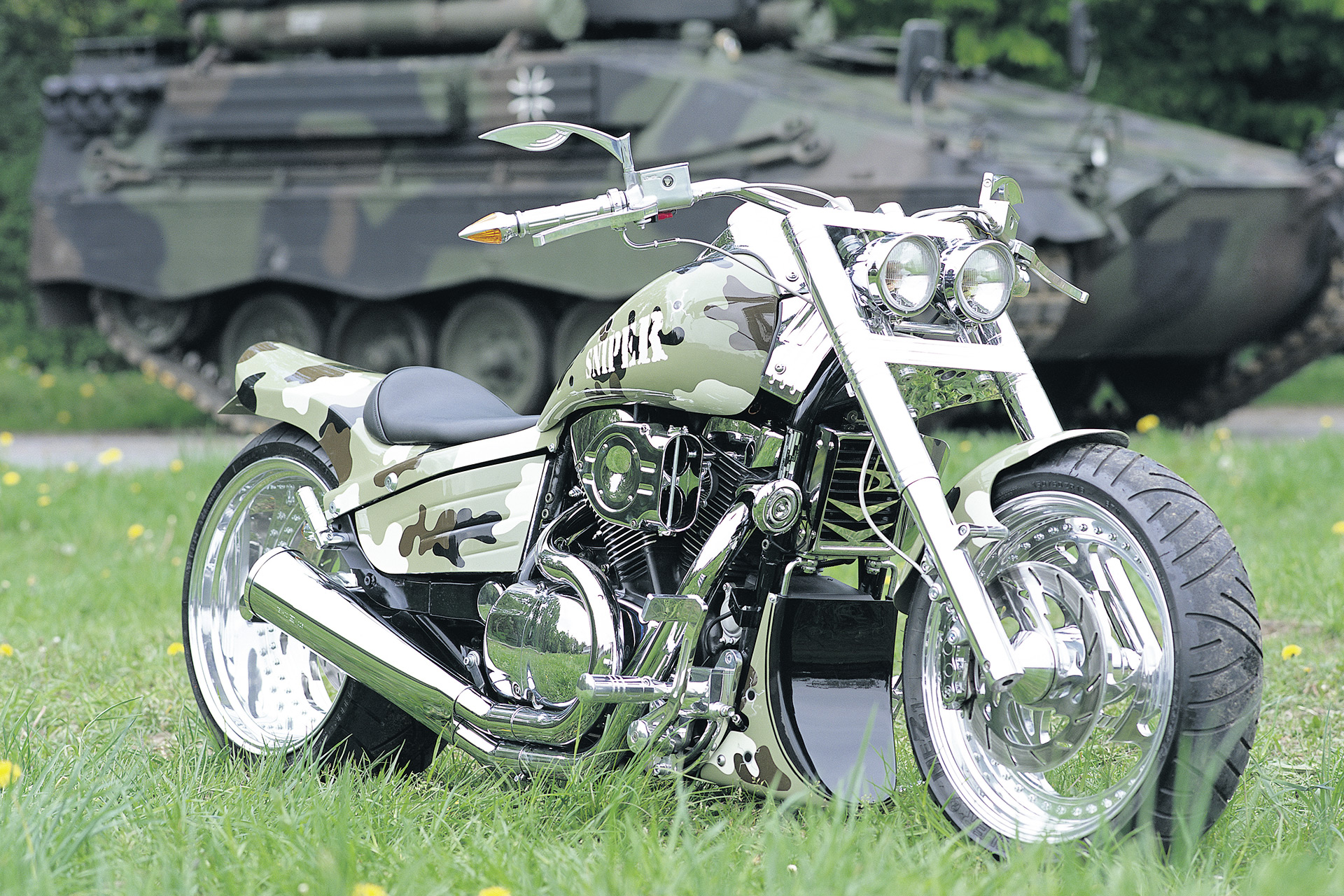 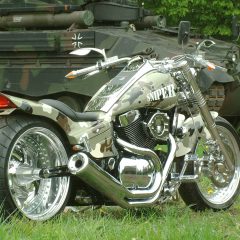 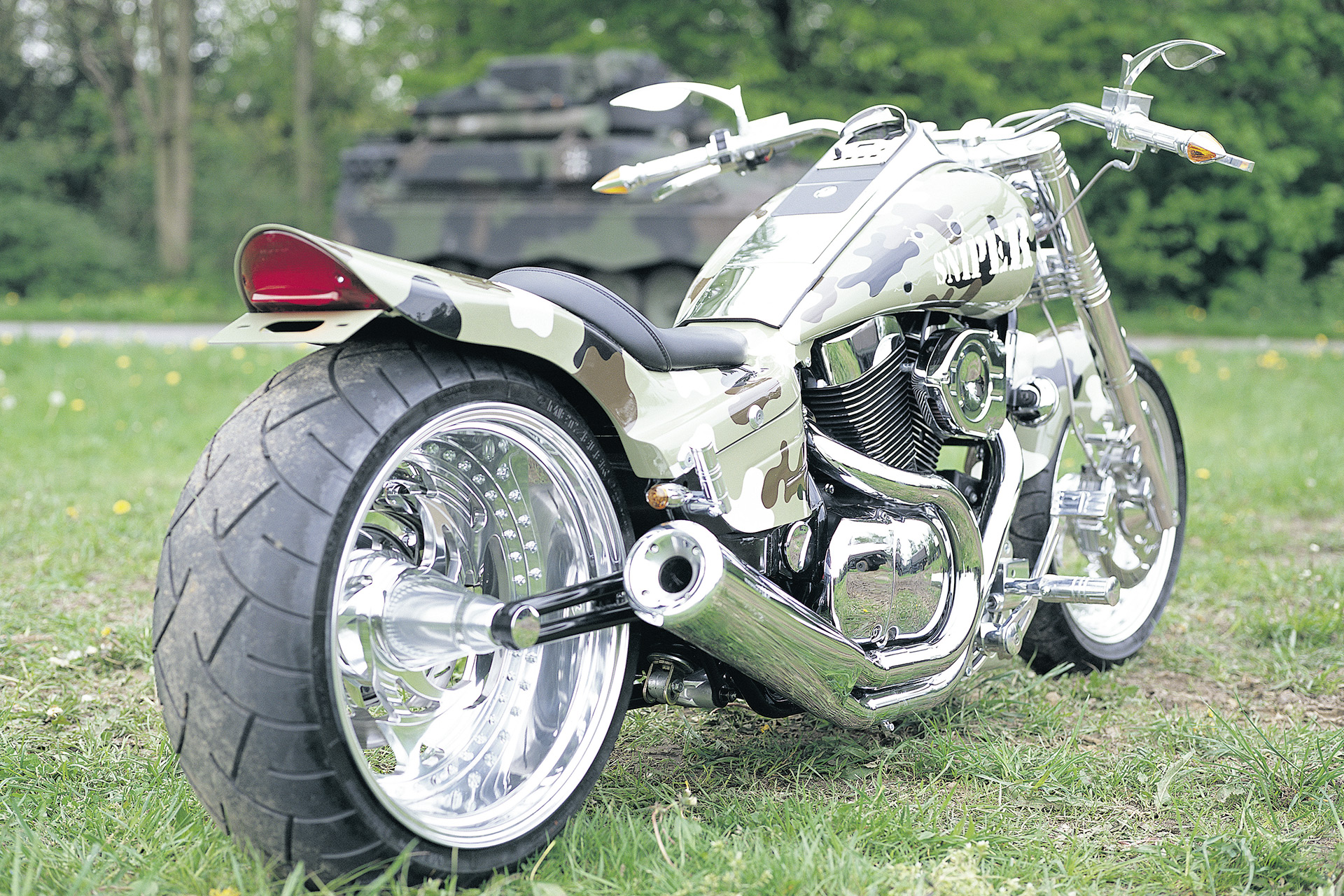 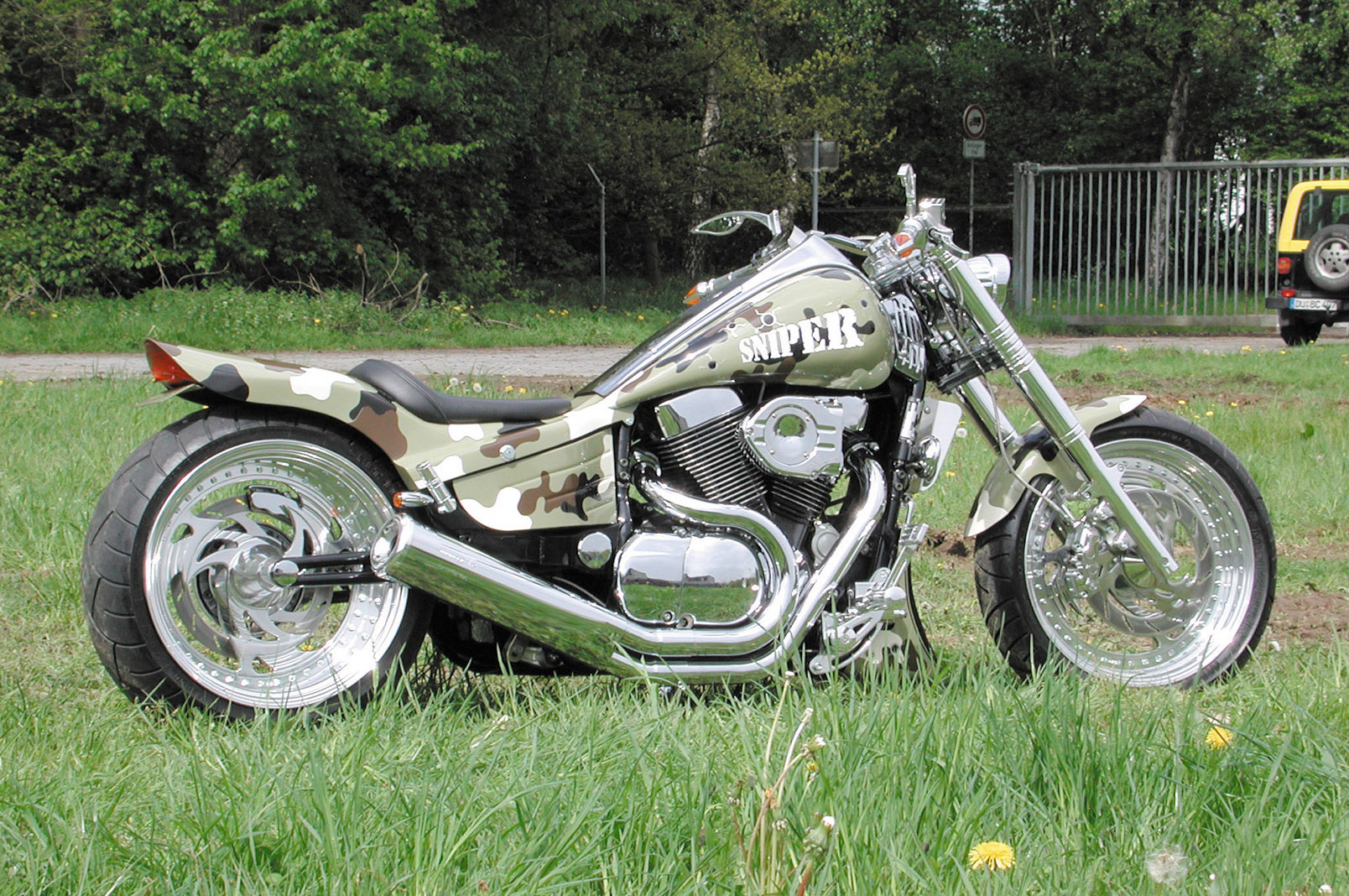 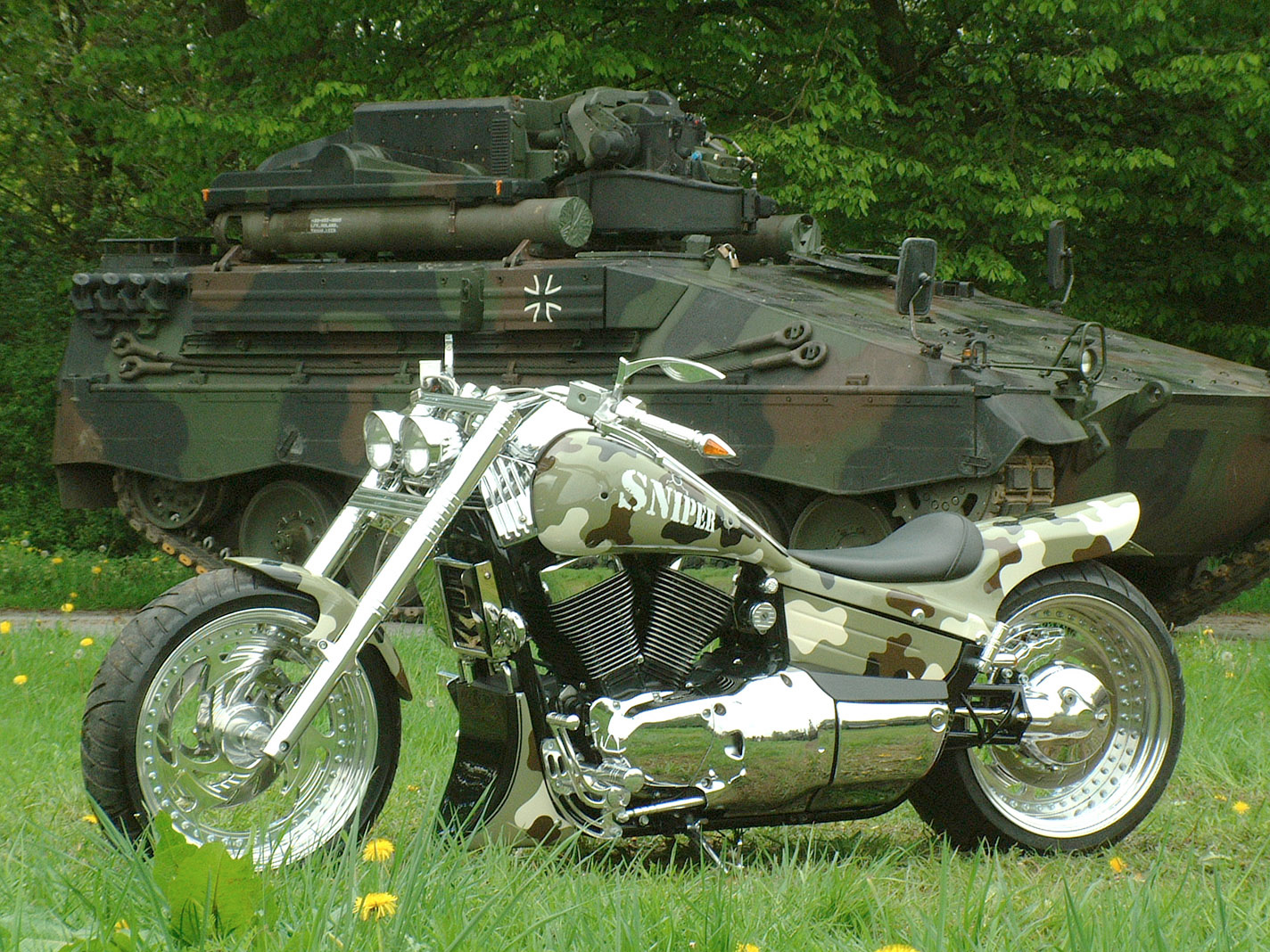 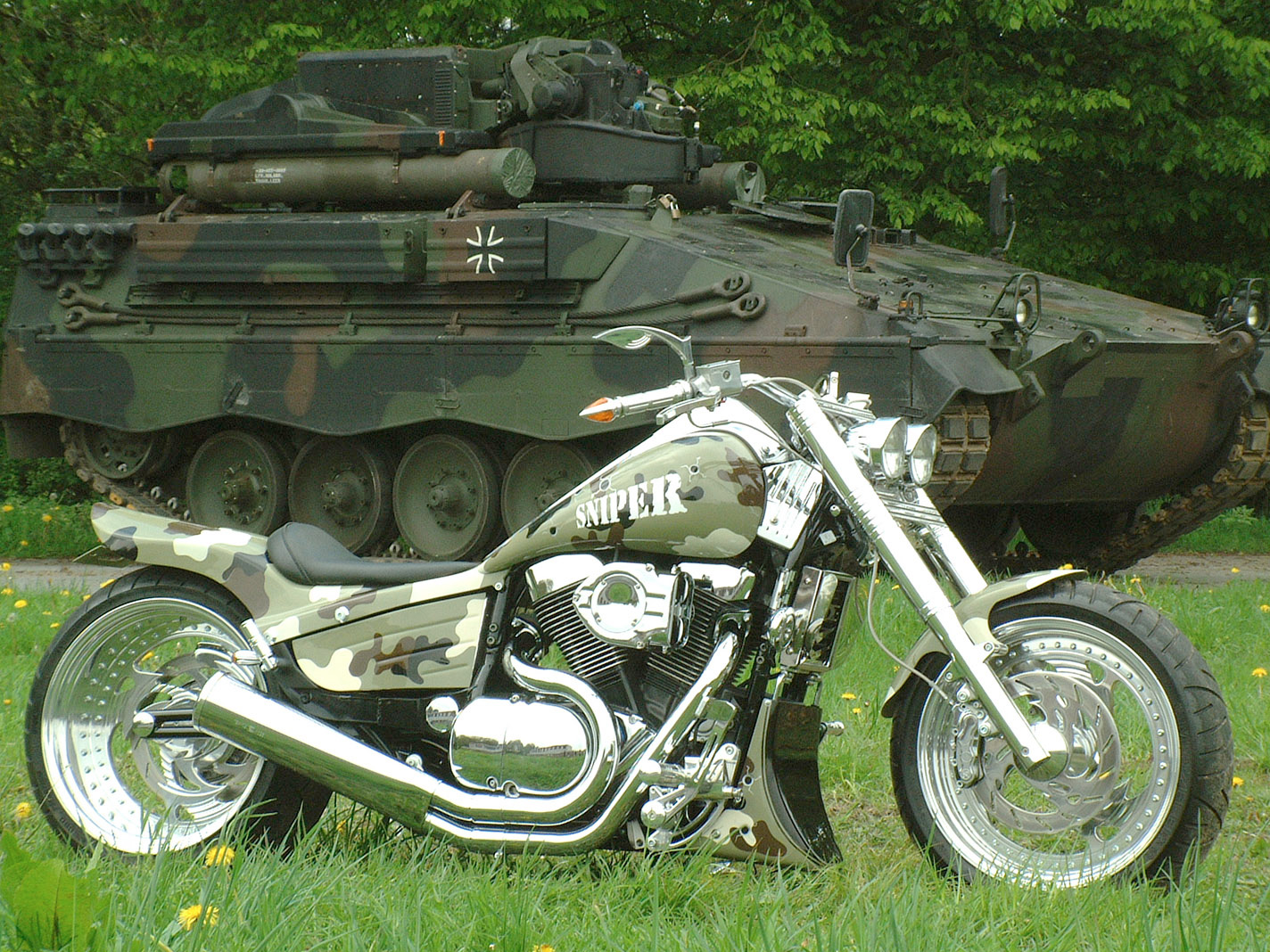 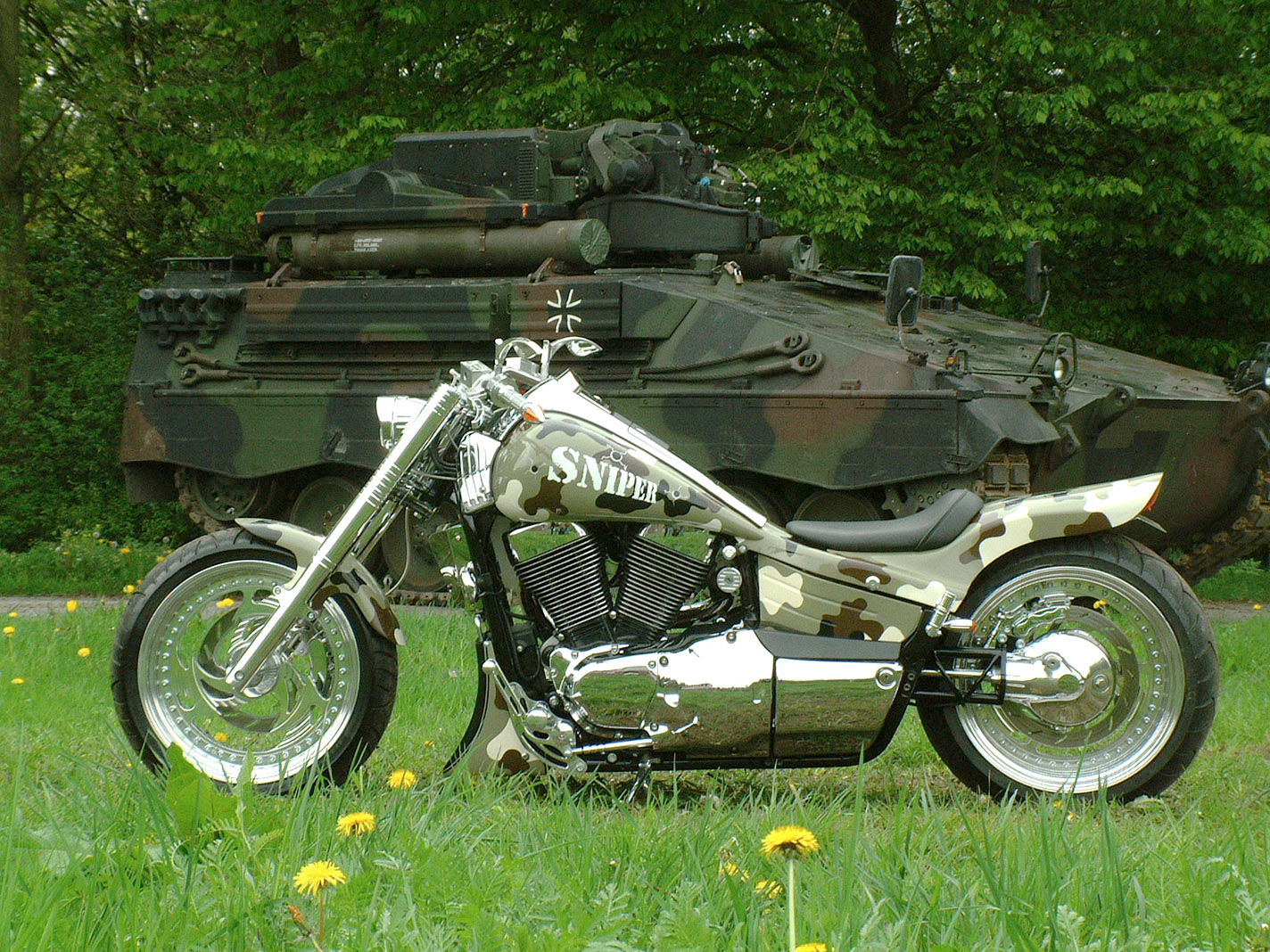 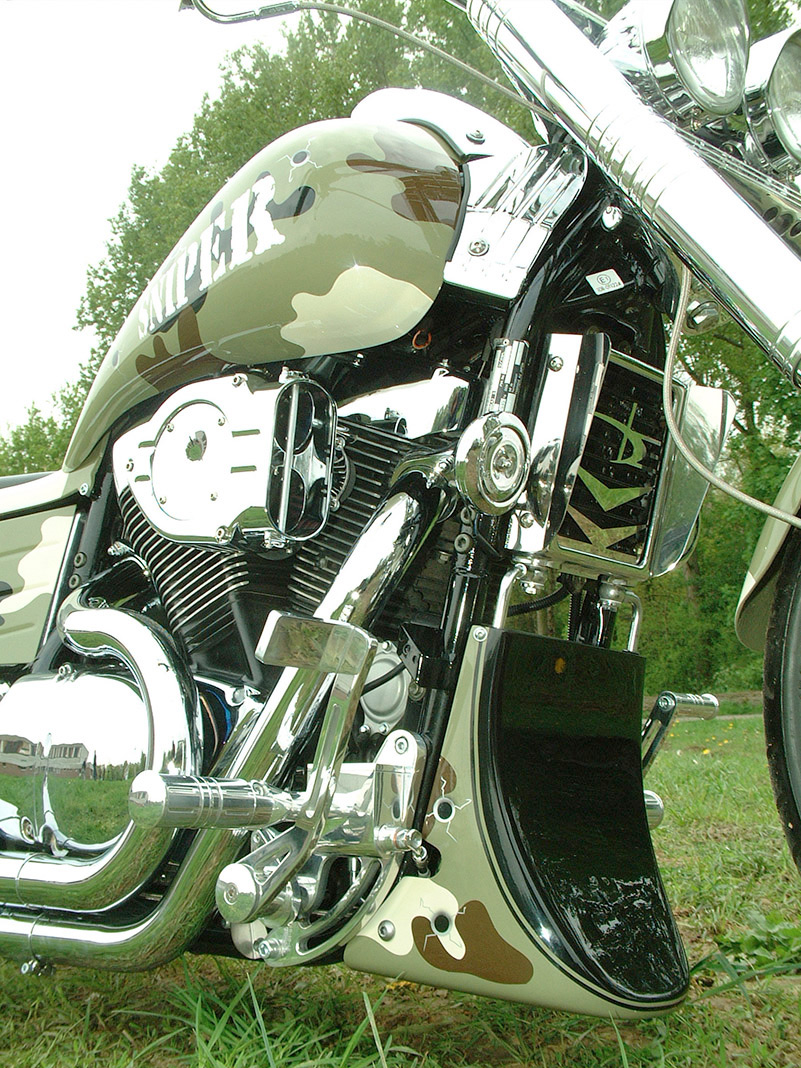 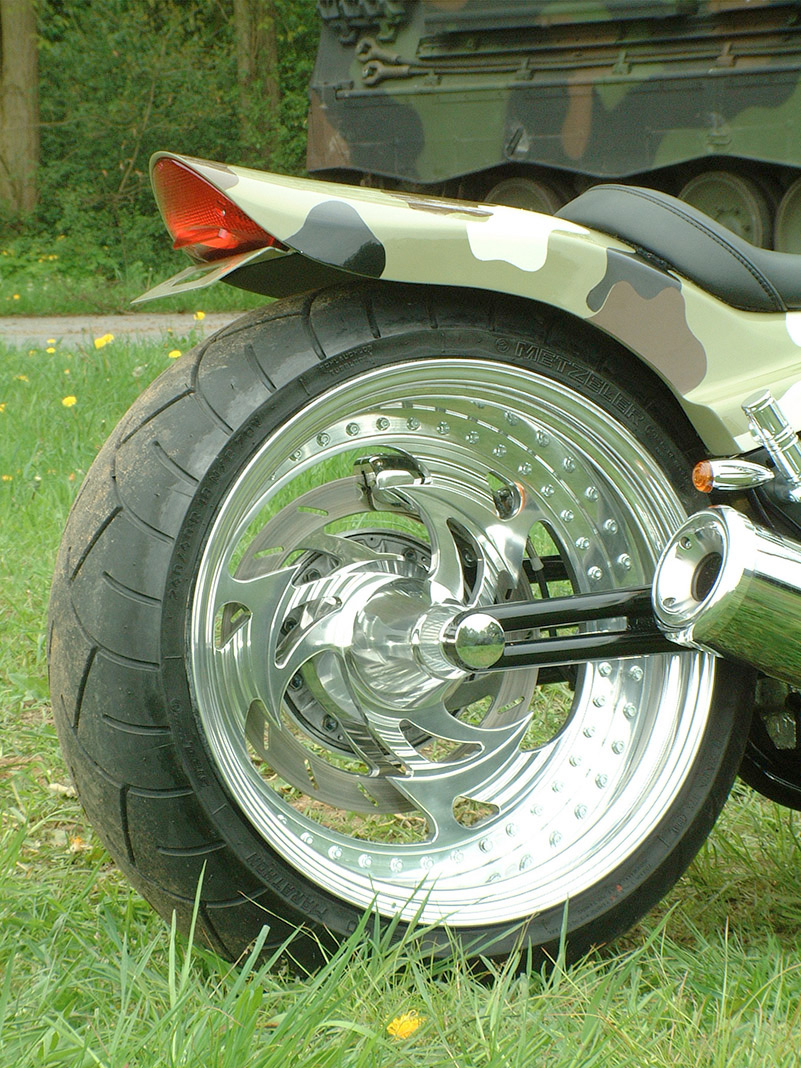 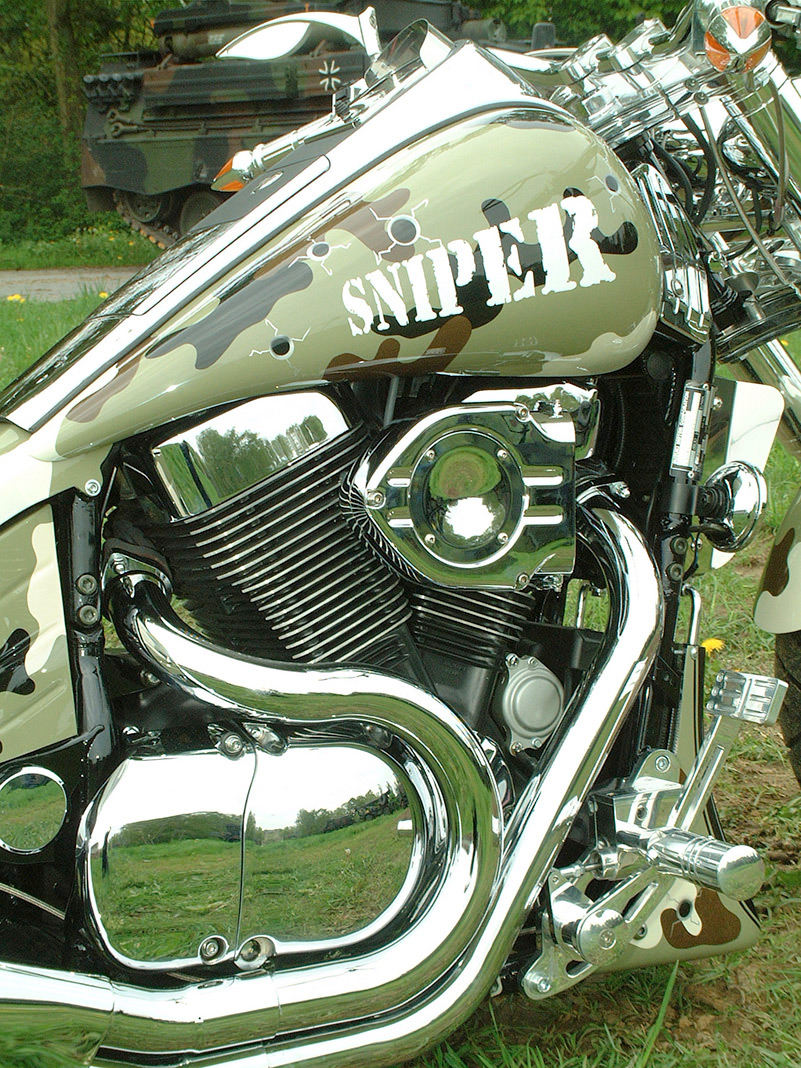 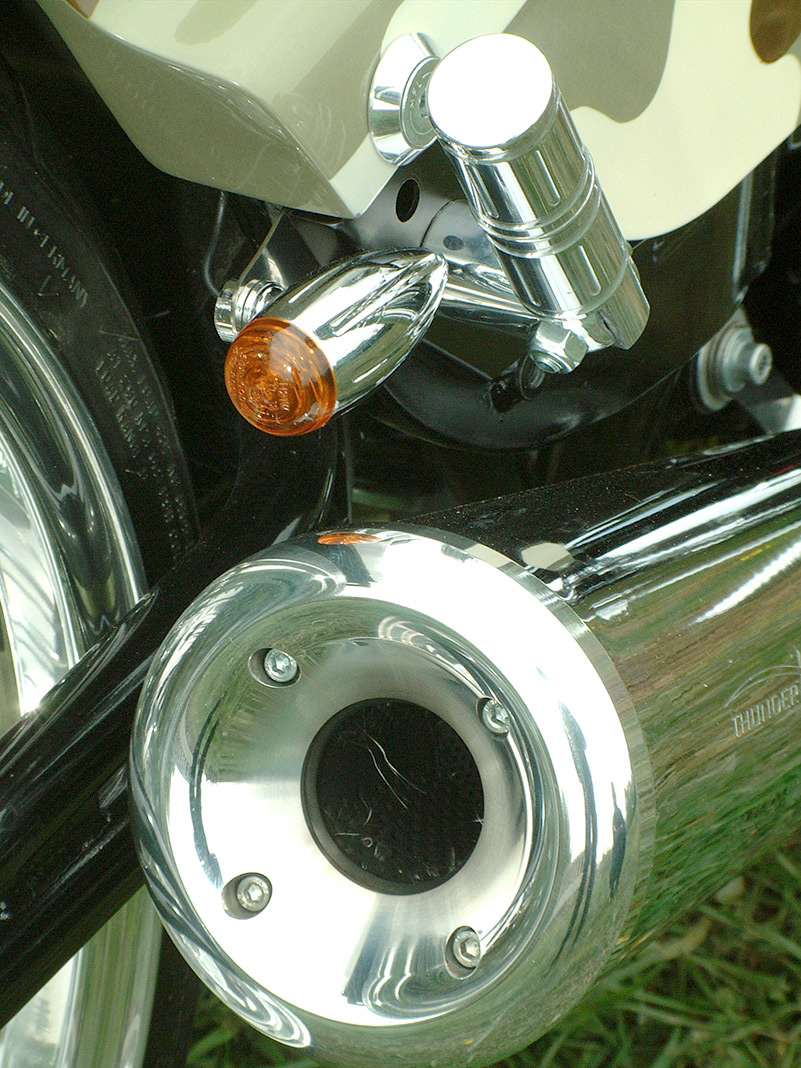 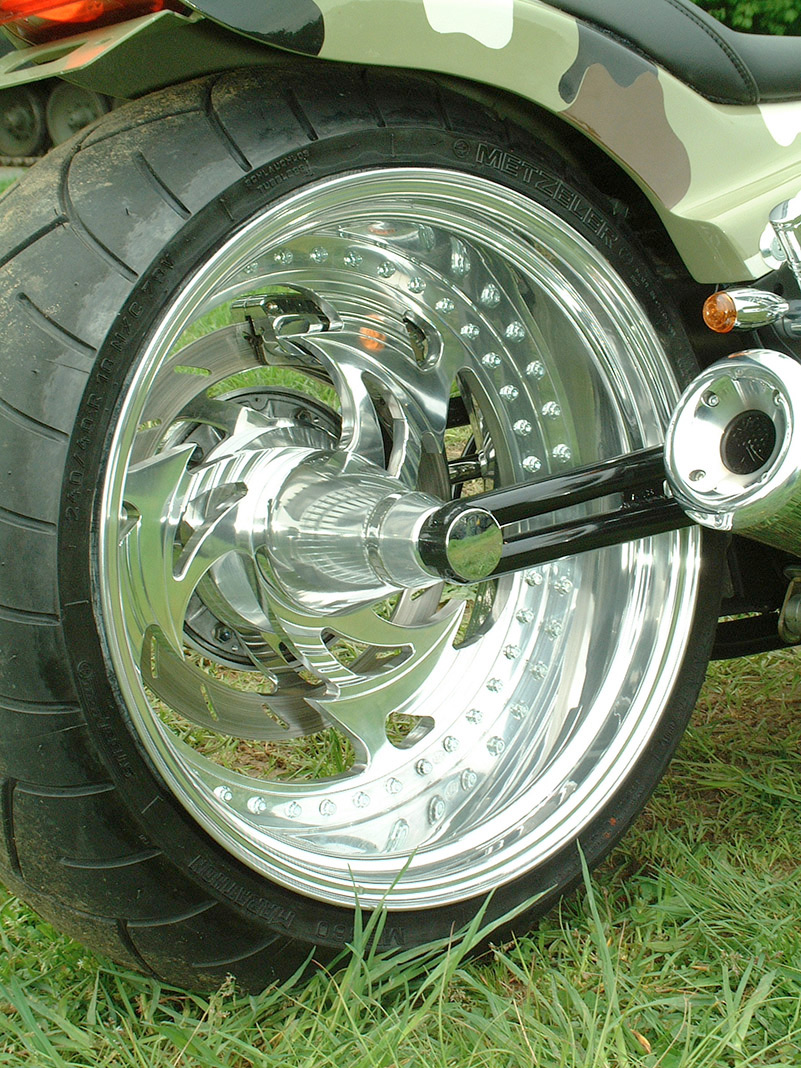 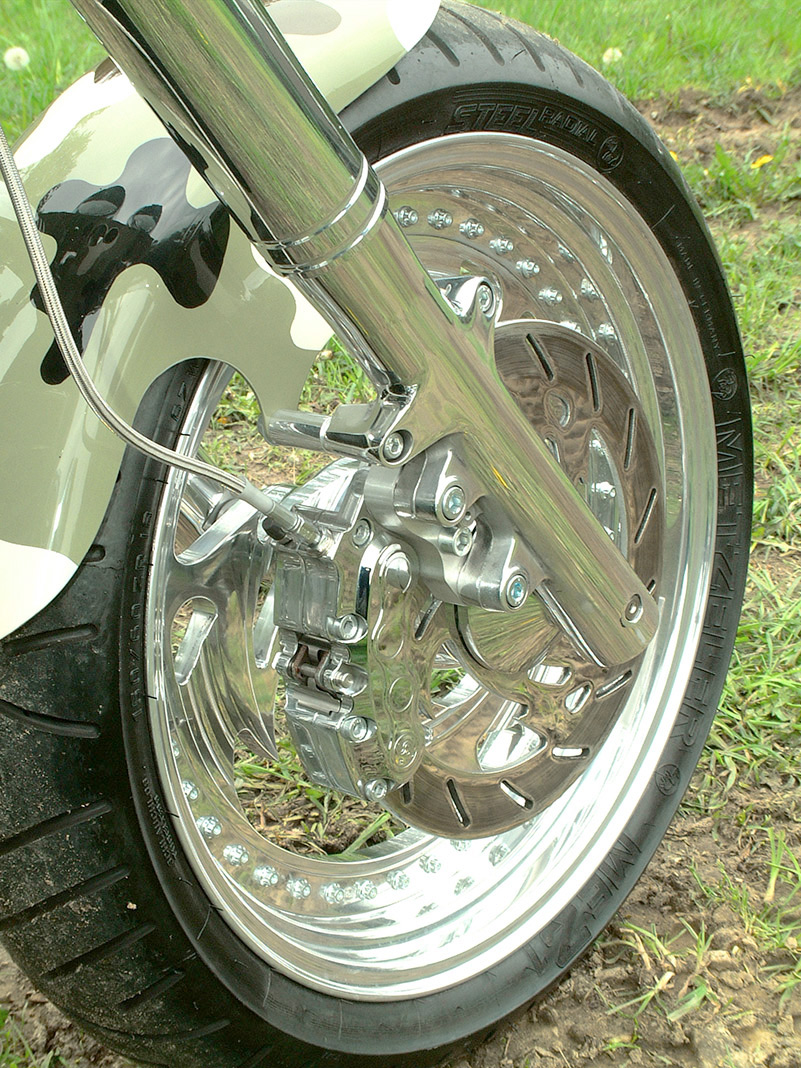 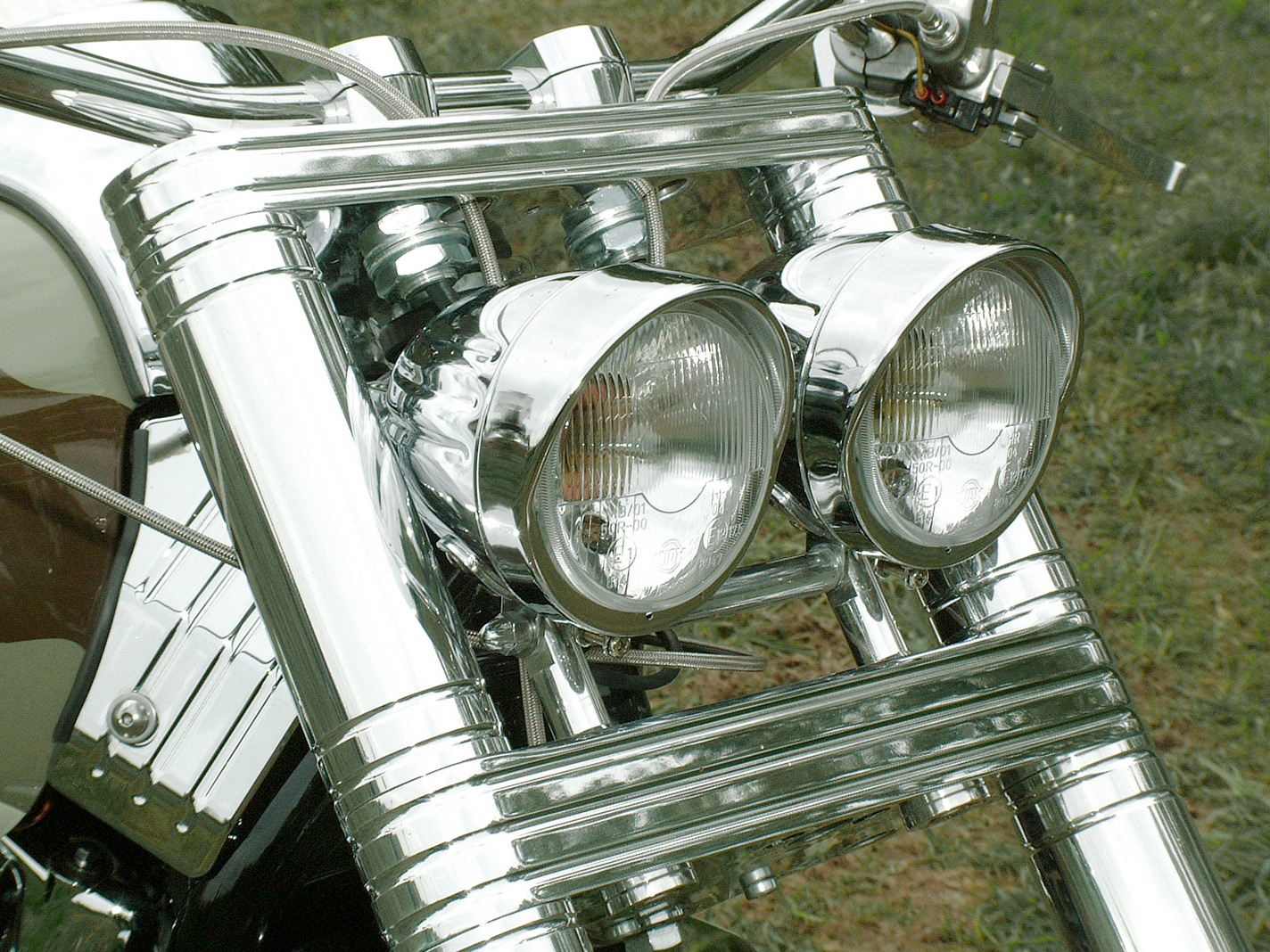 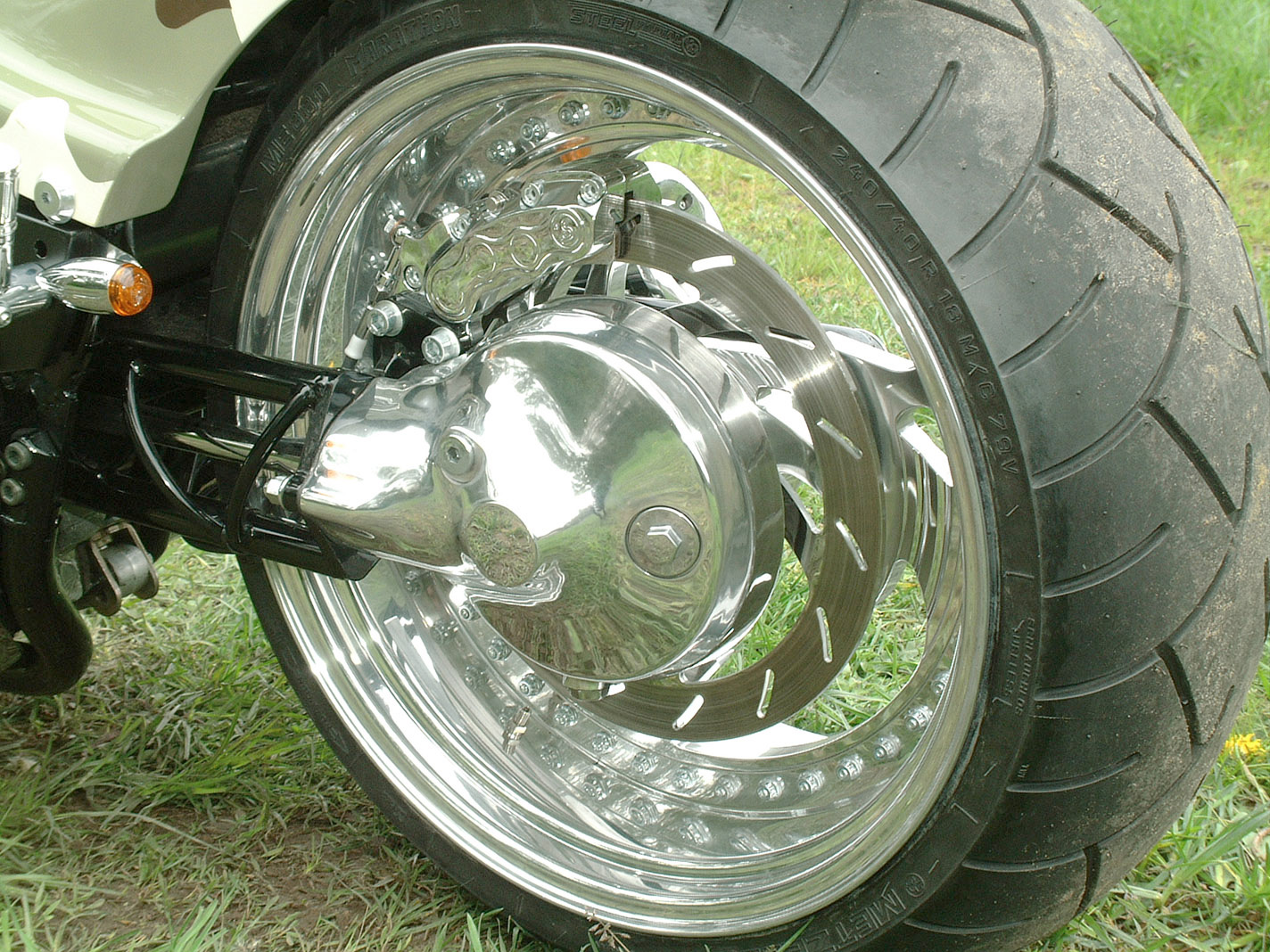 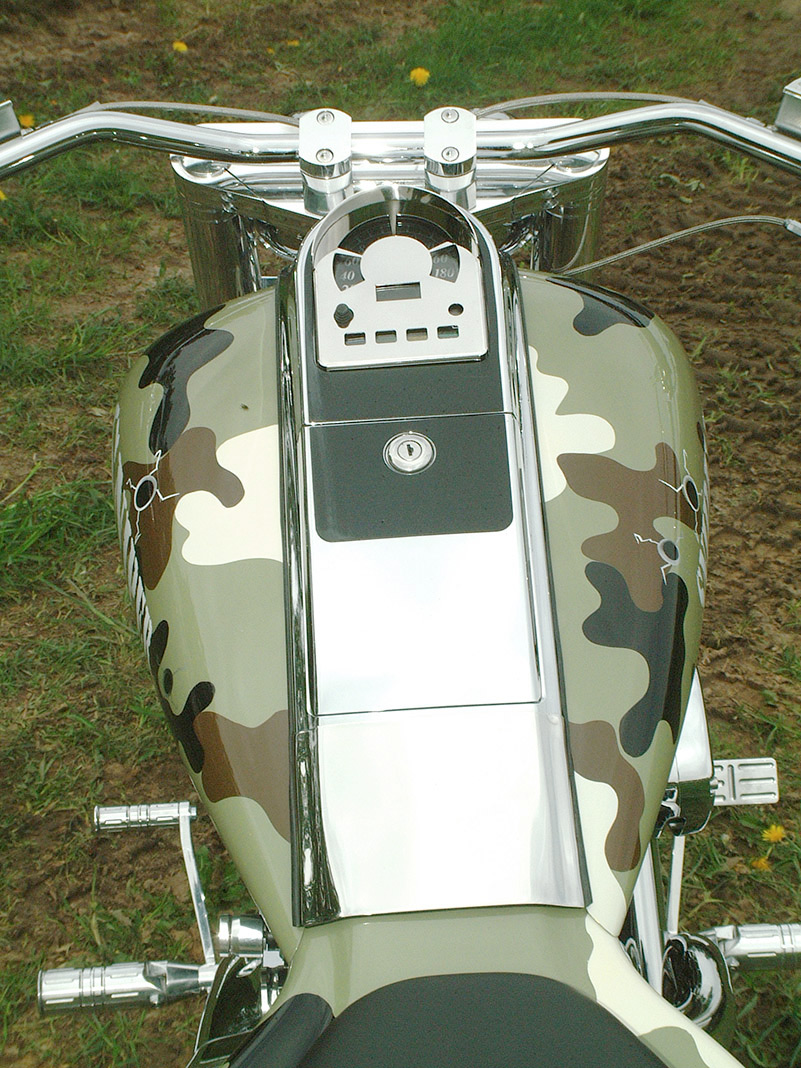 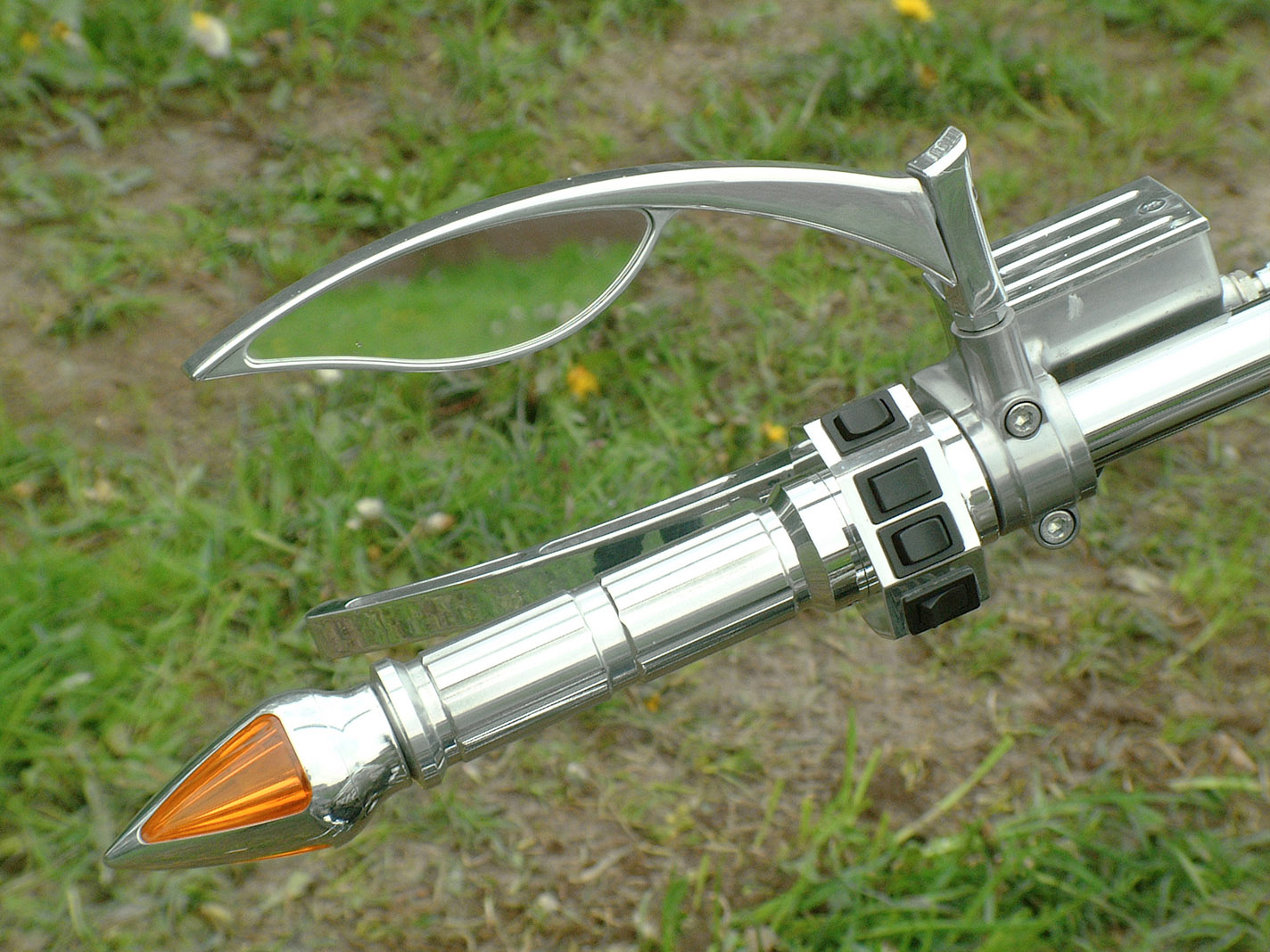 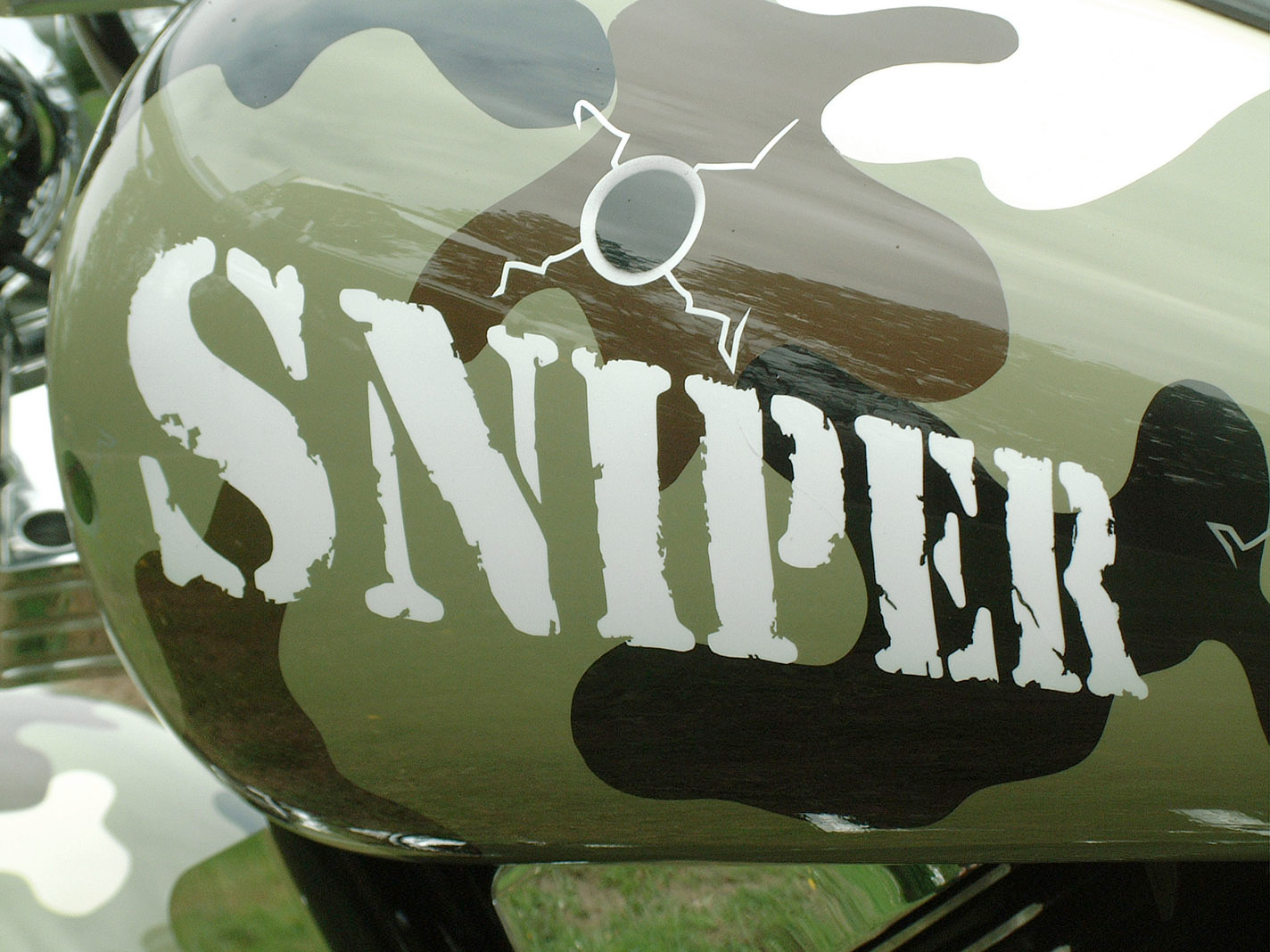 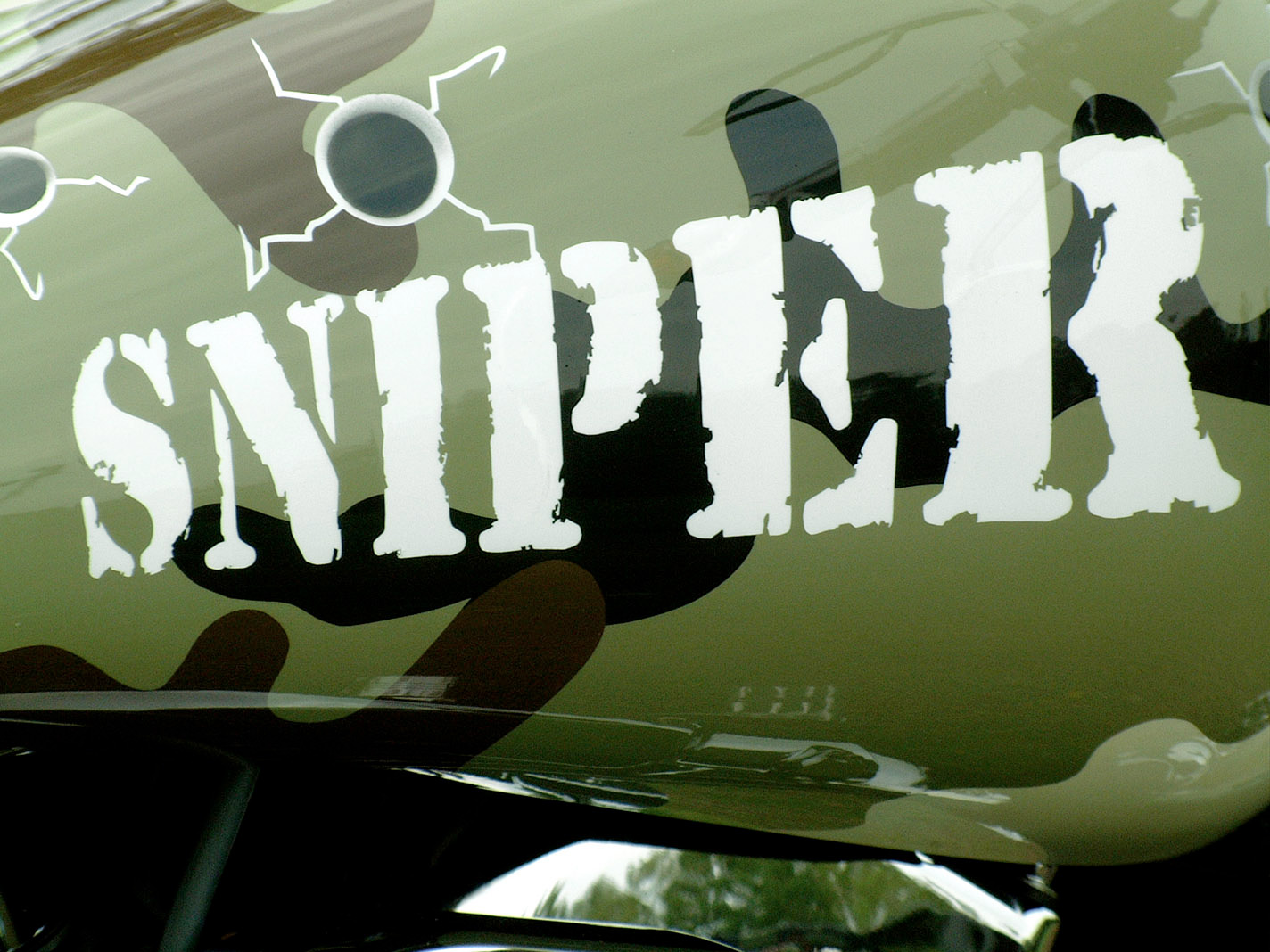 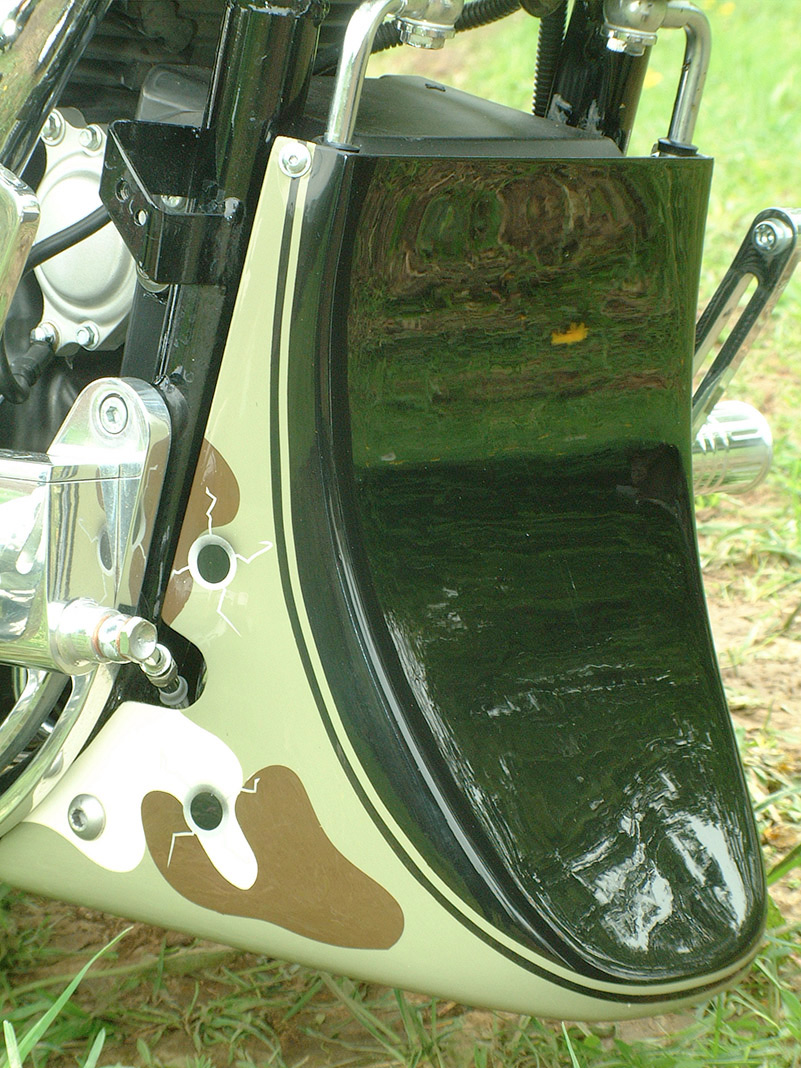 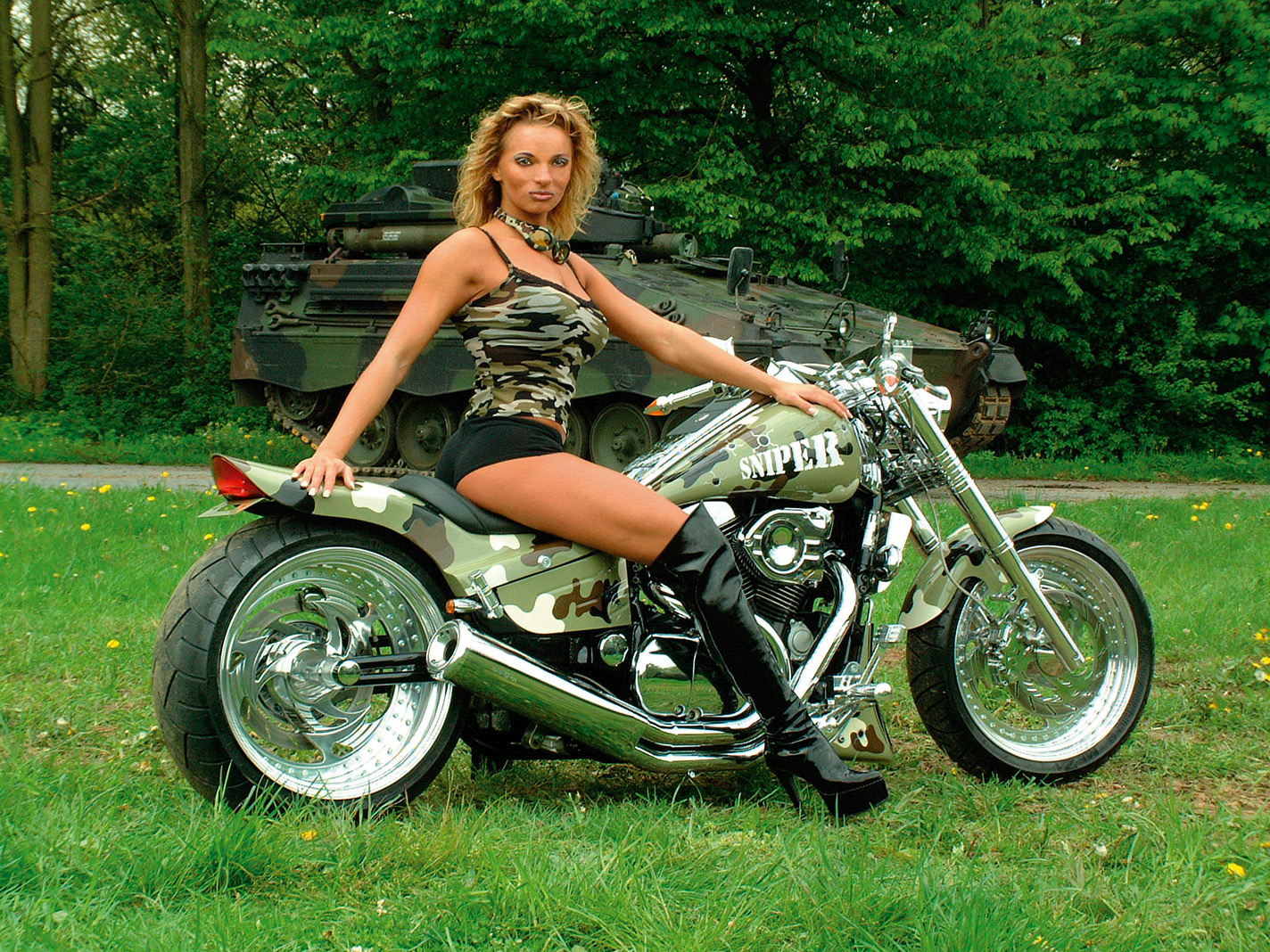 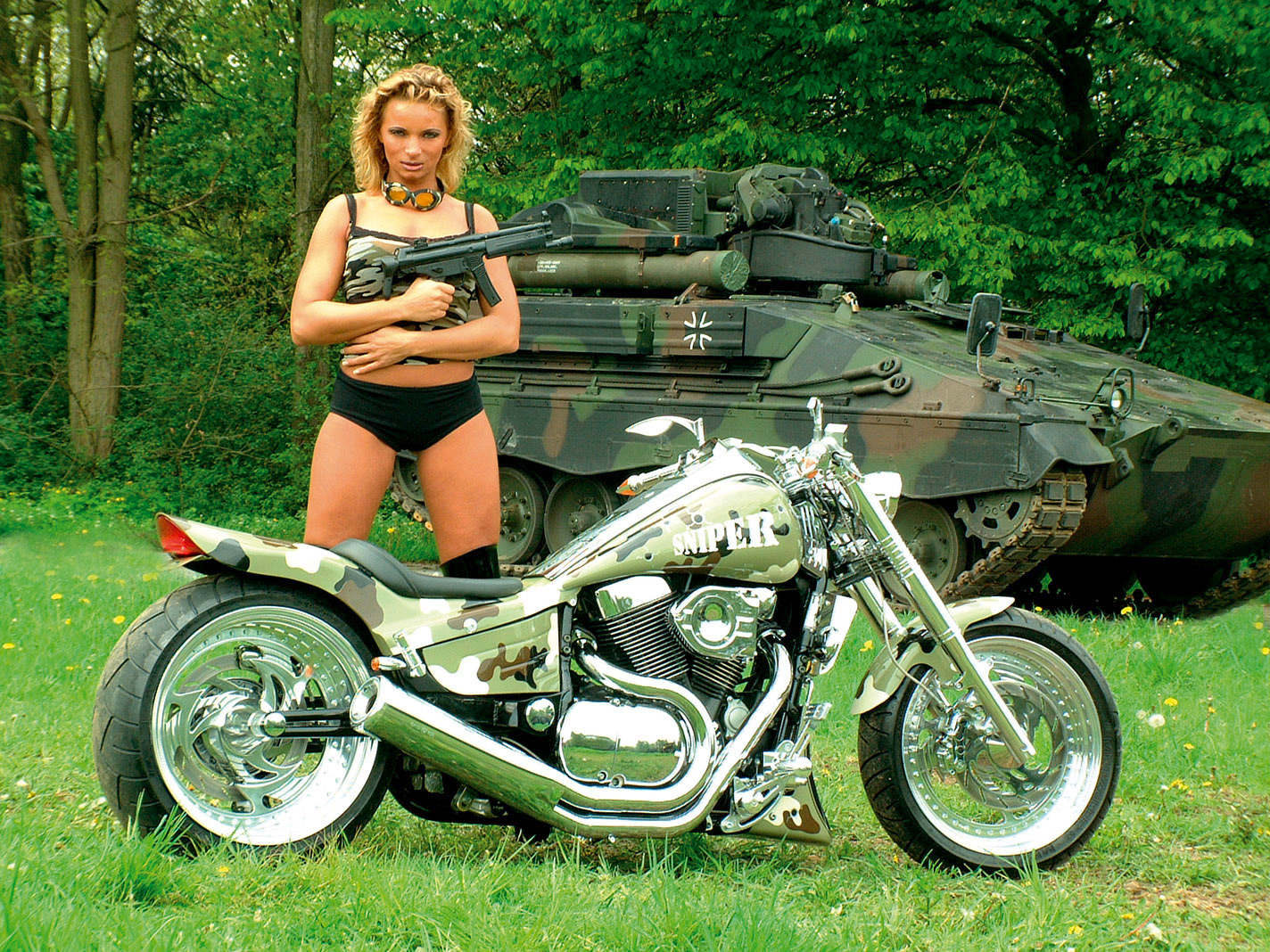 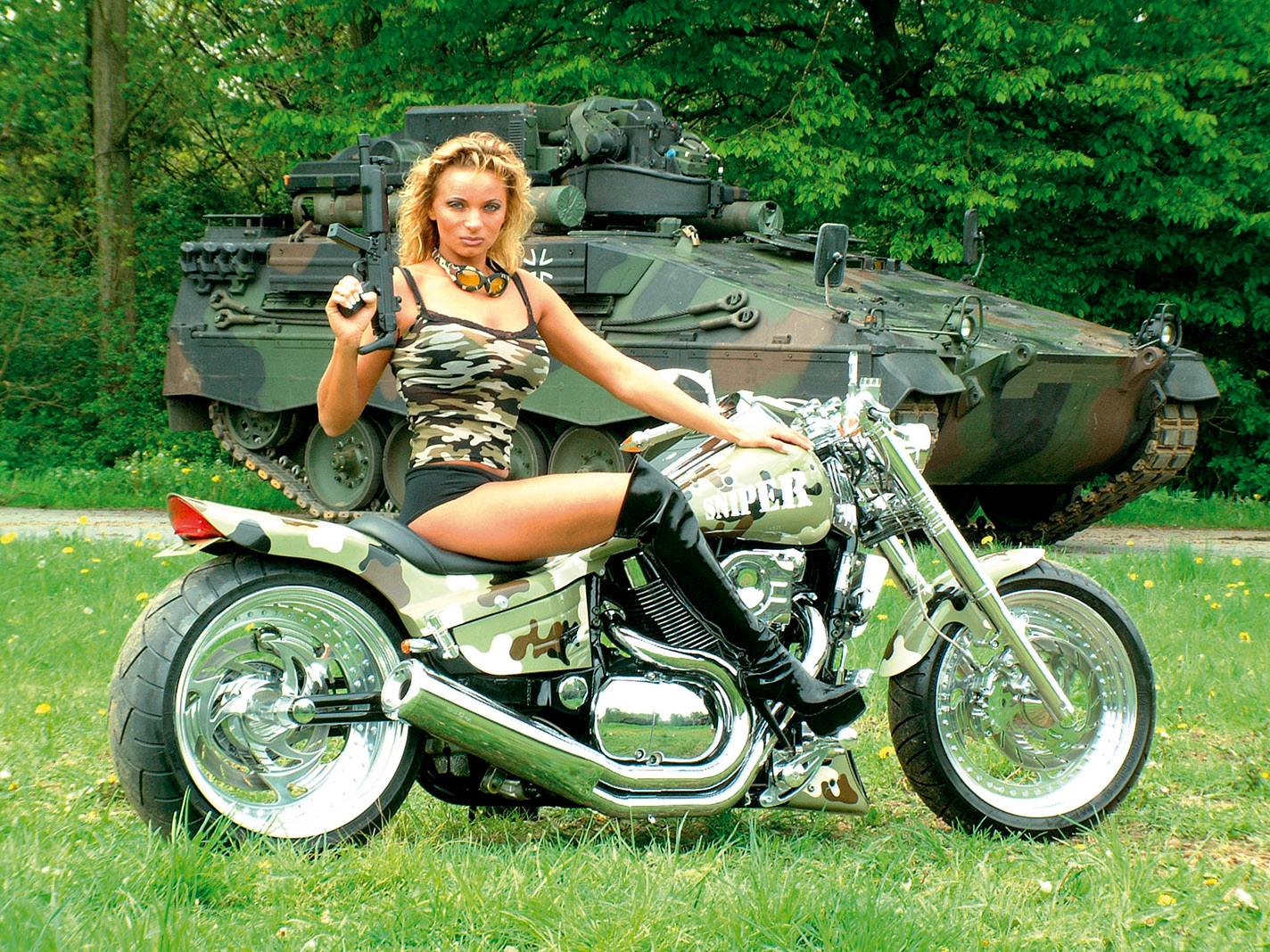 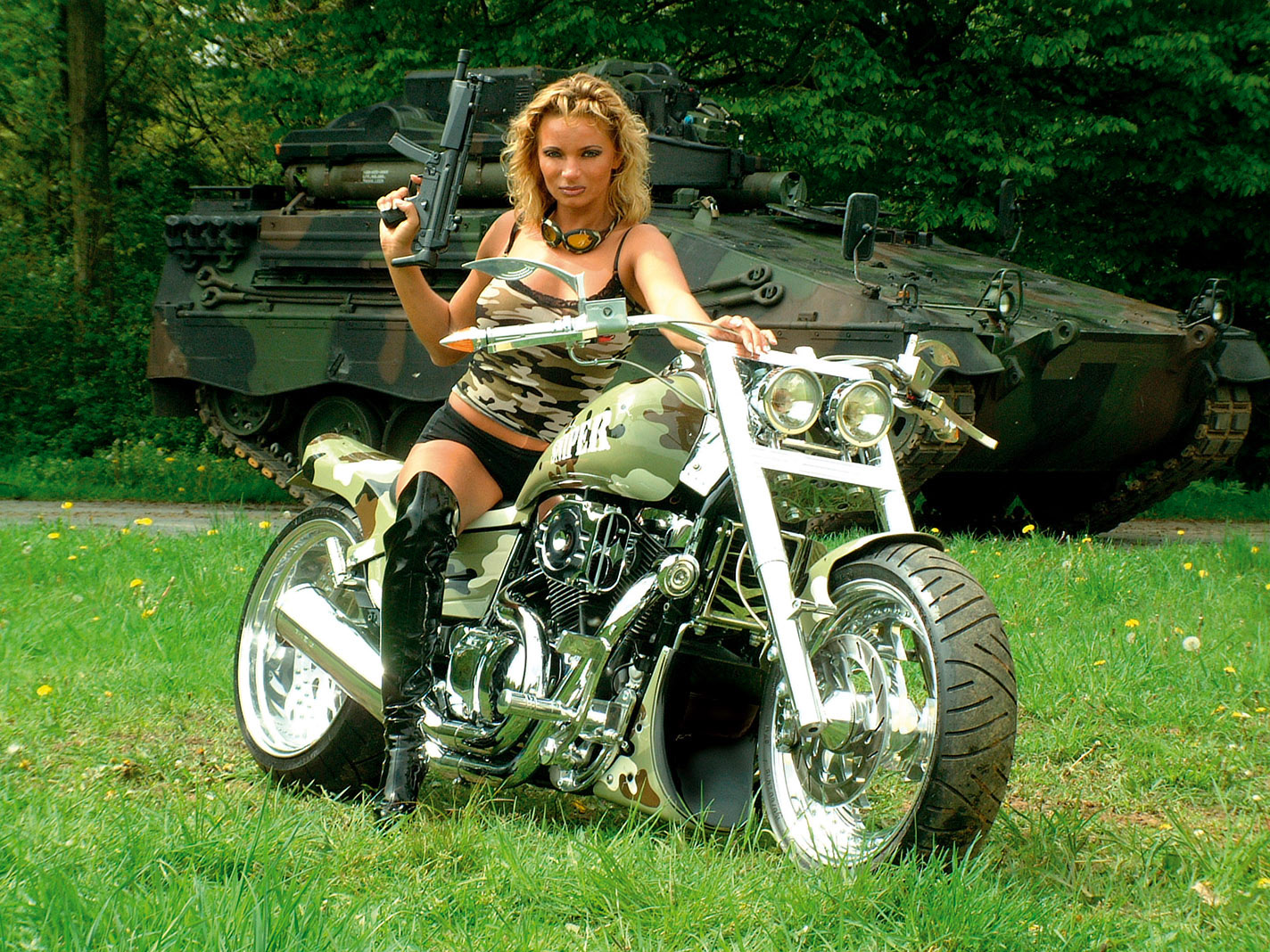 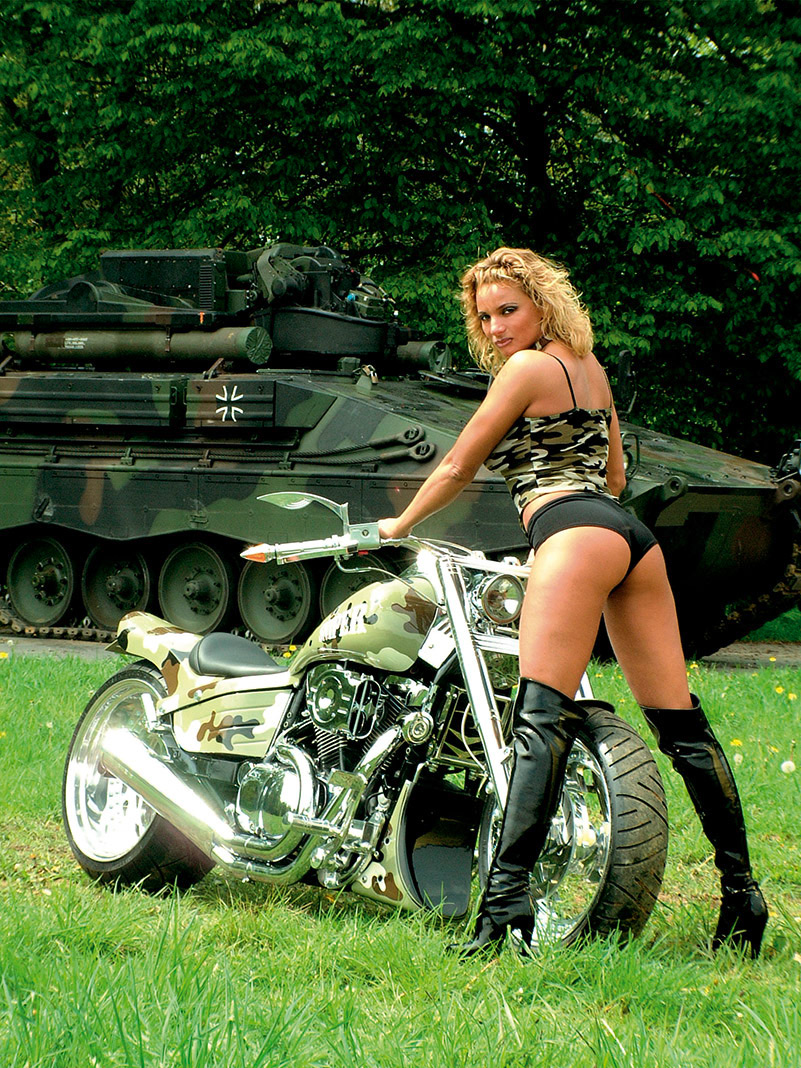 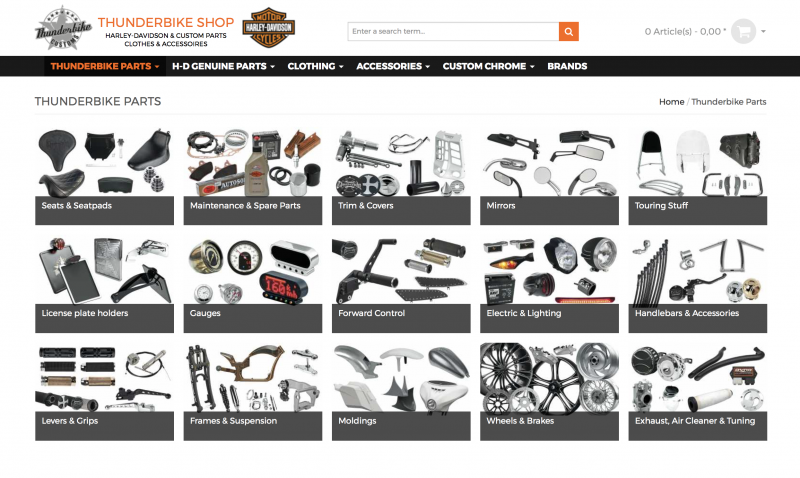 The times have changed!

But we will continue with a small portion of specially produced metric parts. That’s why you can still find some of the Metric Parts on these bikes in the Thunderbike Onlineshop!