The Softail Fat Boy is one of Harley-Davidson’s best-known models. Not least through her appearance in the film Terminator 2 with Arnold Schwarzenegger, the model became known to a wide audience. The series started with the FLSTF (Evolution Motor) from 1990 to 1999, followed by the Twin Cam in all sizes from 88 to 110 cubic inches until 2017. Since model year 2018, the new Fat Boy models are launched as FLFB / FLFBS with Milwaukee-Eight engine. In this gallery we show all Thunderbike conversions based on Fat Boy. Here you can find the current Softail new bikes. 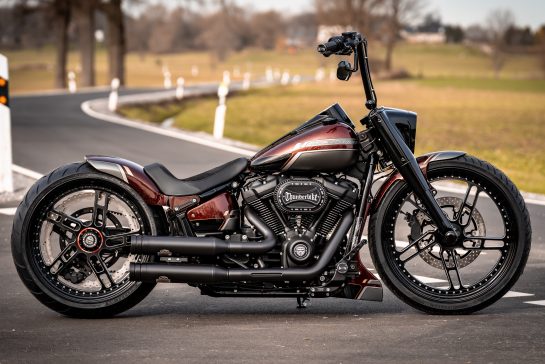 A wide rear, air ride, large 5-spoke wheels and a high quality paint are the definitive characteristics of [...] 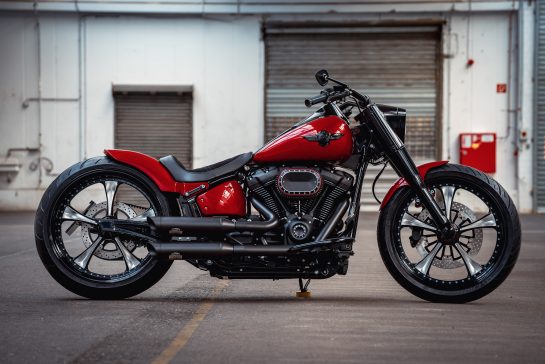 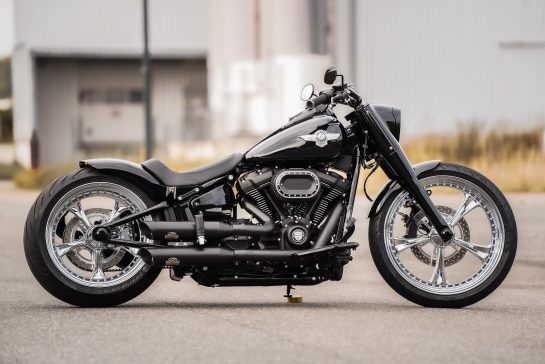 Not enough?! Our customer wanted to go a few steps further, let us grab deep into the parts box, insert the [...] 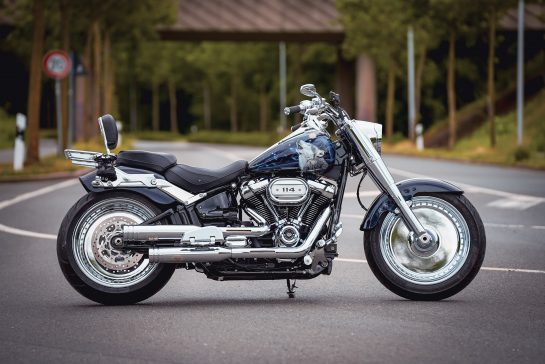 This Fat Boy is probably one of the most eye-catching under the sun. And look on the tank - the wolf rides [...]

The Fat Boy probably one of the most legendary motorcycles and the absolute power cruiser at all.

There are different reasons that drive someone to extensively modify a motorcycle. 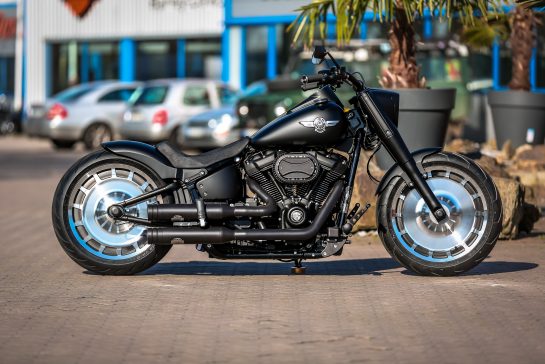 Our latest Fat Boy conversion in a luscious matt black finish has a very powerful appearance.There’s a good [...] 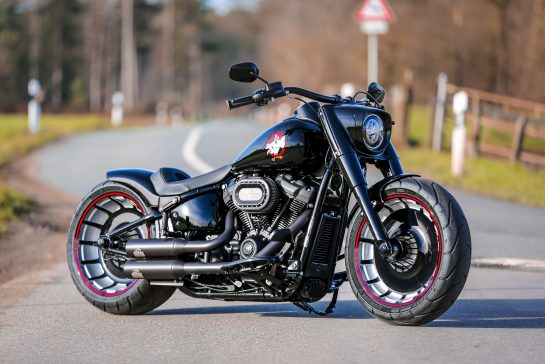 The "bad boy image" that is oftentimes hinted at in the scene is lost on this Fat Boy because of the [...] 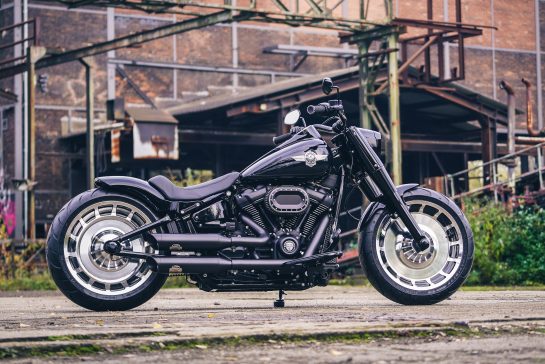 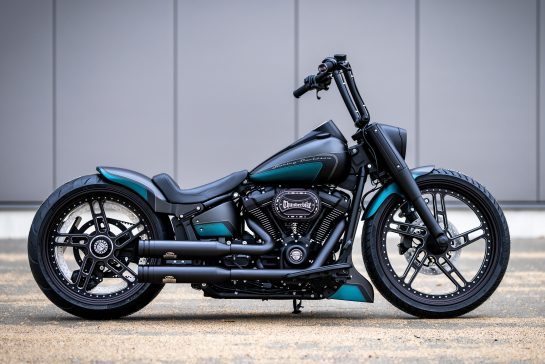 The Road Force is certainly one of the biggest conversions of our Fat Boy collection. 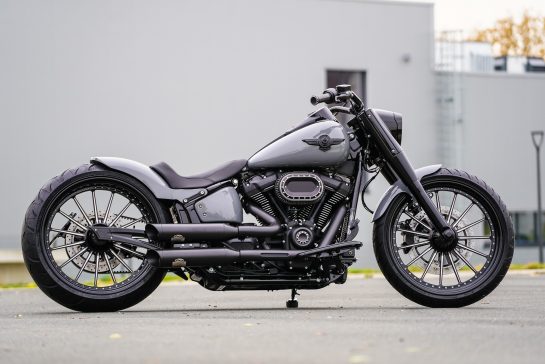 Our new Fatboy presents itself as if it´s carved out of solid stone. 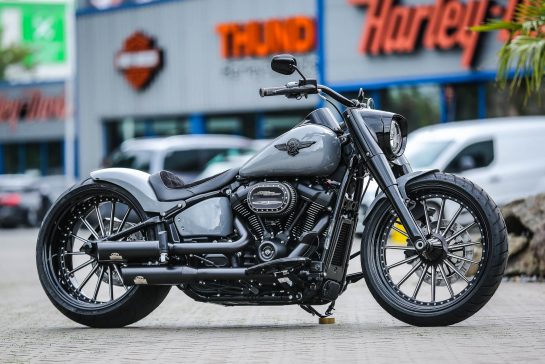 Currently the FLBF/S is the most popular motorcycle of our customers. Take a look at our latest conversion BIG [...] 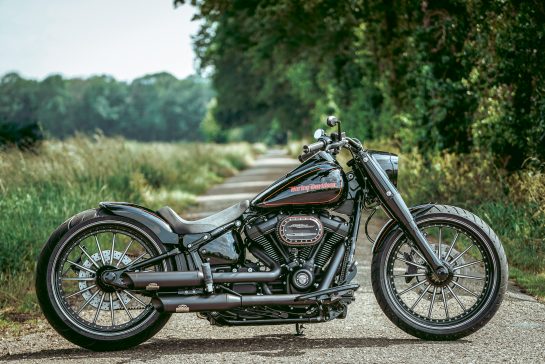 No Fat Boy has left our custom workshop so brilliantly for a long time! 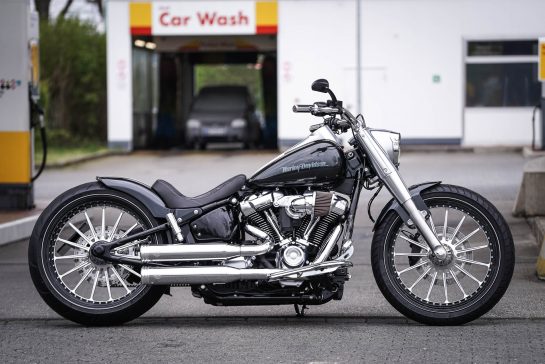 In this case the pirate will not make the coasts unsafe but the asphalt! 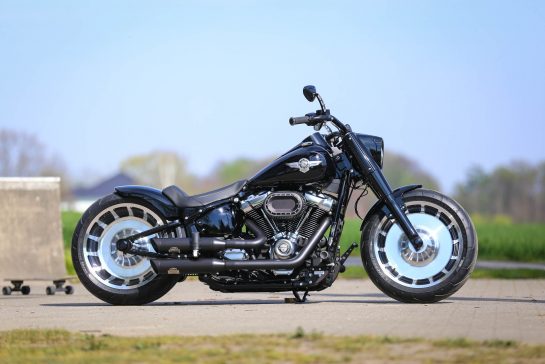 Our NightClub rebuild project ensures its driver with certainty the coolest appearance! Summer is coming, so [...] 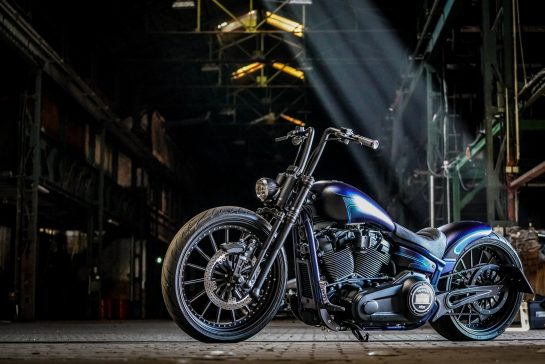 This bike makes Thunderbike history! For the first time our new Radical 2.0 fork and our crossfire swingarm [...] 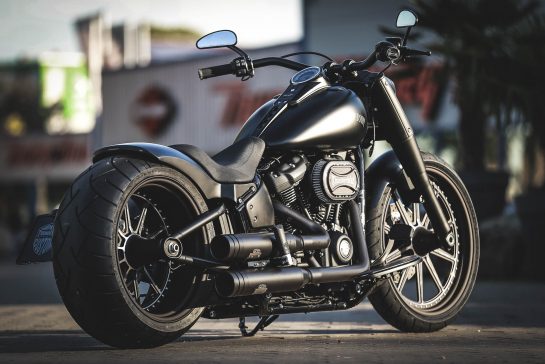 The new 114 Big Twin engine makes the new Fat Boy the most powerful Fat Boy of all time. But we want more! 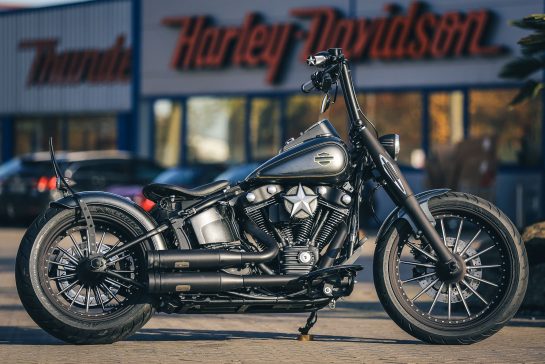 This Fat Boy combines the modern look with an Oldschool Knuckle Style and has been given a neat conversion [...] 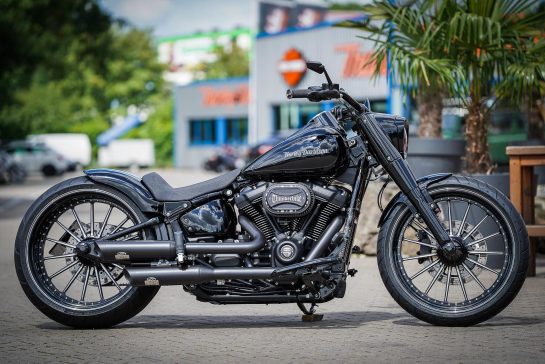 The Prison Break from the 2018 Softail collection with its simple high-gloss painting and discreet outlines is [...] 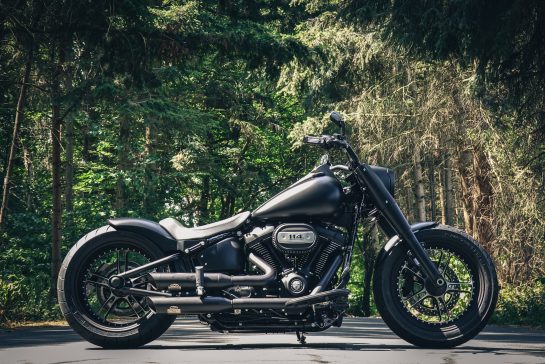 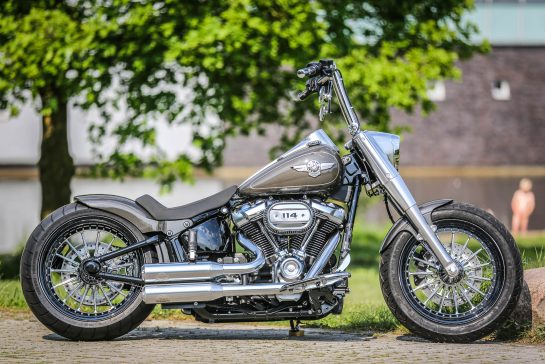 The Fat Boy Phynix with new Milwaukee Eight 114 engine and the special coating in Industrial Gray is once [...] 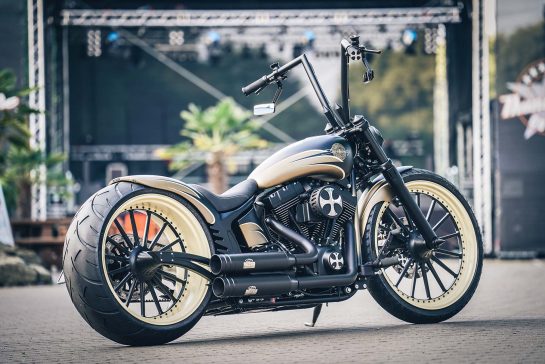 A Fat Boy Custom project of the extra class. So extra class, that the father was so impressed by the bike, [...]