The Ironhead Harley-Davidson engine was built between 1957 and 1985, and thus provided almost 3 decades of propulsion in the Sportster models. It is the successor of the K engines (from ’52), which still had to make do with 750 ccm and was later replaced by the Evolution (XL) engine. This gallery contains all Thunderbike conversions with Ironhead engines. 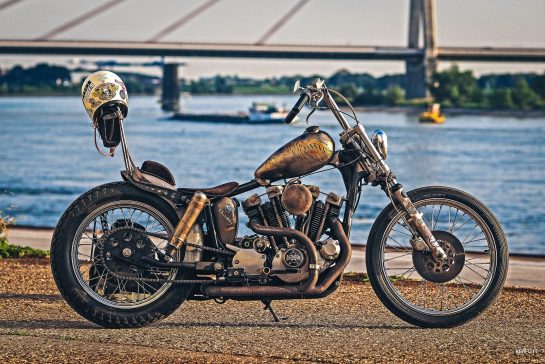 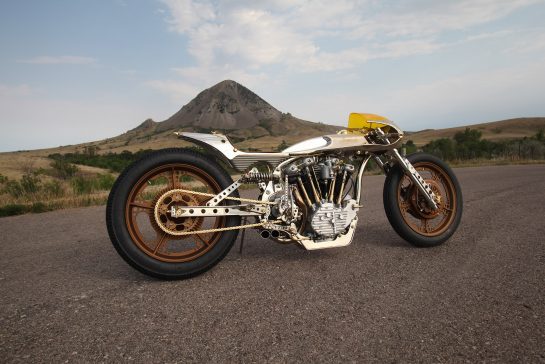 We have built countless bikes - but this is by far the most expensive and uncompromising ThunderBIKE. This [...] 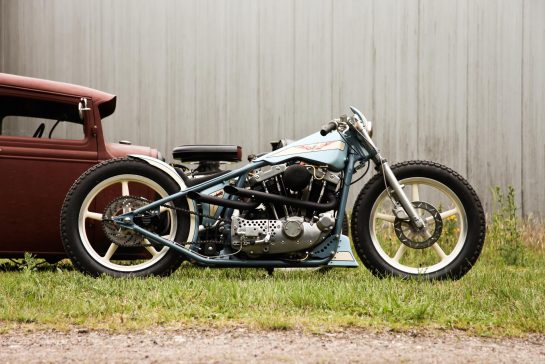 On the basis of an Ironhead Harley-Davidson Sportster, this custom bike in vintage racing look was created for [...]