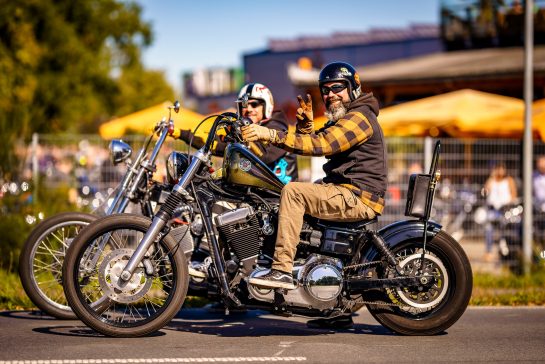 The start was very relaxed: Arrive and have a beer! We forgot the long journey and let the evening end comfortably. The next day, Monday, we had to relax further. Unfortunately the weather radar was right, the rain didn’t surprise us!

We packed our swimsuits and drove to the spa, slipped like real rockers and sizzled properly in the sauna.

The Captain brought us the sun on Tuesday, just in time for the zip lining. It was a wonderful trip that we can only recommend! From Faaker sea we drove over a super cool, winding road to Slovenia. Even if the destination, 4km in length and 700m in height to be only attached to a few ropes, felt not really right – it was simply unbelievable! Free as a bird and this time not on the road but in the air!

Wednesday: The tour started in Faak and led us towards the Italian Adria Sea. For this reason we had originally taken our swimsuits with us. With a small stop in the enchanting village of Venzone we cruised to Bibione along an even more beautiful route than the one the day before. The place and also the beach can be described very well with three words: TOO MUCH TOURISM! When we enjoyed the sunset with a Corona at the sea, the countless deck chairs did not hurt us. We also got super pizza, pasta and gelati at every damn corner. What else do you need?

Day 4. We'll save that for ourselves!

After we spent a nice evening in Italy, we had a great party on Thursday in the Burnout Bar in Arneitz- Faaker See! But we prefer not to give details.

On Fridays the sun left us and the rain greeted us! What had we done to deserve this? I don’t know, because it couldn’t be due to unplastered food.

Nevertheless we brought the bikes to the bike shows and we were rewarded!

At the first bike show, the European Bike Week Custom Bike Show by Harley-Davidson, we took 2nd place in the Big Twin class with our new GP bike “Imola”.

With our current BOTK bike “Roar” we won the show in the “Ladys of Harley” class. And as if that wasn’t enough: the trophies were awarded by none other than the Davidson siblings, Karen and Rob.

The effort also paid off on the following Saturday! After we were scared away by the rain and lured by the sun, we all worked as a team again. Under time pressure and with the unreliable rain radar on our necks we rolled out our green racer off the trailer again, grabbed buckets and sponges, and made the Breakout ready for the Custom Show of Custom Chrome Europe.

To cut a long story short: This time we took 1st place in the “modified Harley” class.

To cut a long story short: This time we took 1st place in the "modified Harley" class. 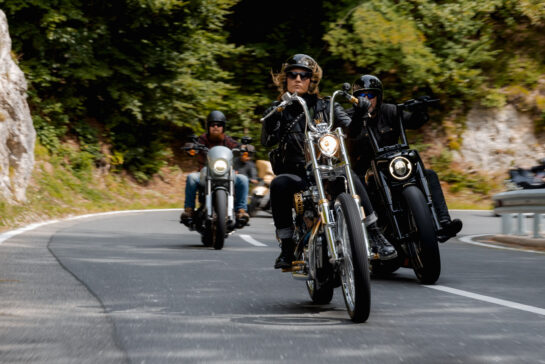 We are again at the largest Harley-Davidson meeting in Europe and make our ride-outs through this incredibly [...] 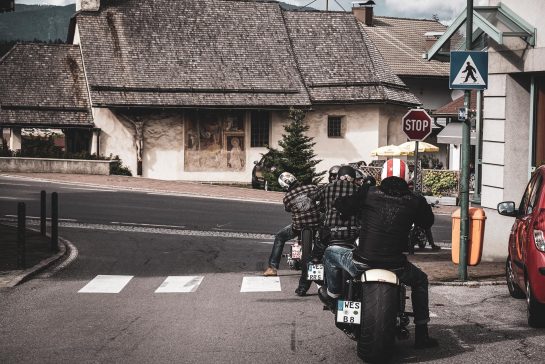 After a two-year-break we were again on the road with 11 Thunderbiker and 12 bikes at European Bike Week in [...] 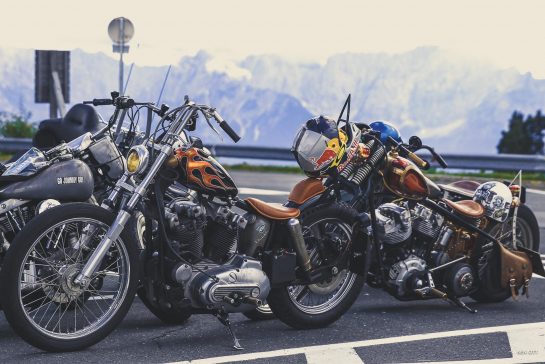 After a break of two years, the Thunderbike team was back on the beautiful Carinthian roads. This year, [...] 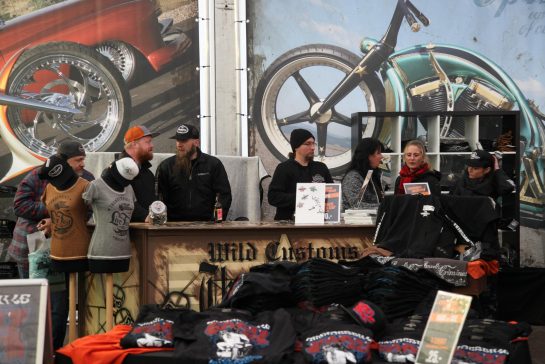 This year we took it a bit more relaxed and started touring in the alpine environment to film and photograph [...] 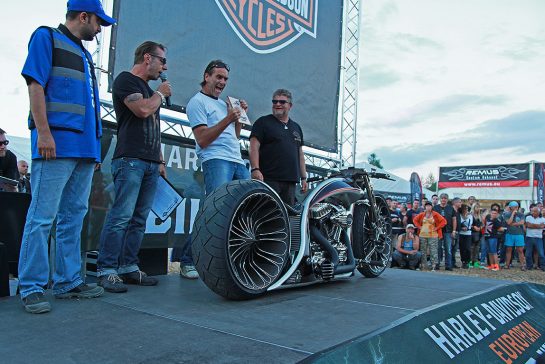 An exciting Bike Week week is behind us, roaring heat and engines during the day and equally hot nights in [...] 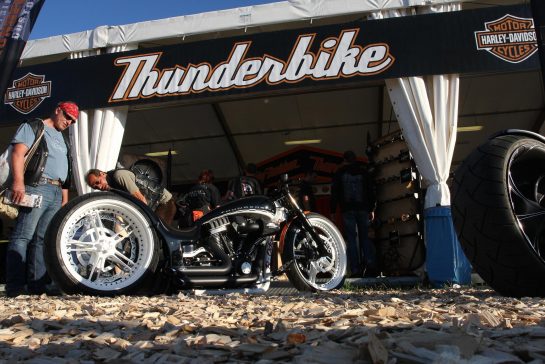 All impressions of the Bike Week and our traditional ride out you will find in this gallery.