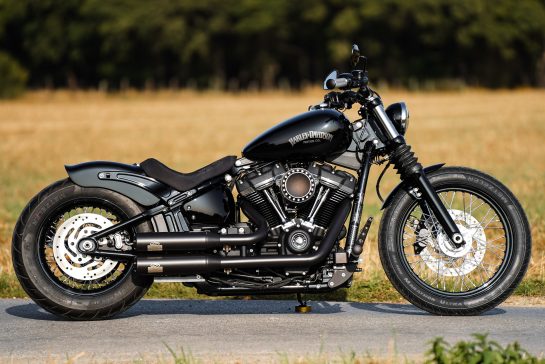 Yes, that’s a way to do it! What we see here is not a Breakout, but a Street Bob in a Breakout outfit. Our customer from England had the idea to divide the expenses for his dream bike. First the bike was bought, then came little parts like the spoiler and the trim ring on the headlamp, next was the Screamin’ Eagle air filter and the exhaust system from Vance&Hines and now the bigger conversion with rear end, wheels, tank and various other optical tidbits.

How similar it looks! Whoever taps on a breakout at first sight is not completely wrong. It’s the less expensive Street Bob, which has some parts we developed for the Breakout.

At the rear, however, the Street Bob has its limits. Without any major modifications, this 200er tire fits in here as maximum. But our customer can circle his bike around the London corners a bit more handy than with a 260er roller, as he could have it in a Breakout.

But what he was able to do was to lower the fork and use an air ride, with which he can provide the show effect. When you look at this Softail in its original condition, you notice a relative big distance from the tire to a pretty big fender. This optical problem can be solved in our workshop with a few simple steps. 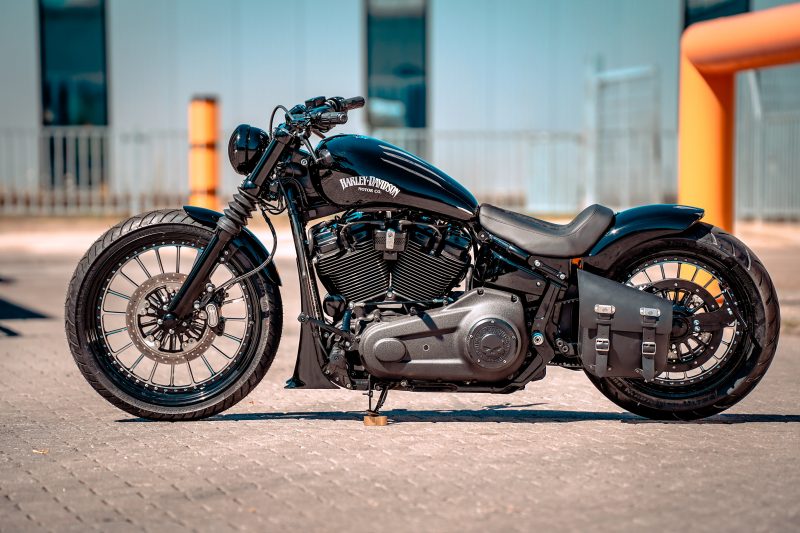 Our two wheels from the New Digger collection in bicolor are equipped with Metzeler Marathon tires, the brake disc spoke and with new fenders – in front a short fender made of GFK, in the back a slim steel fender with tail light and indicators. To be able to install the wanted powder-coated pulley brake system on the left side, we have modified the original swing arm as standard in our house.

The stretched custom aluminum tank was handmade in our forge, where we also clarified the question of tightness. But there was no question about the look – this tank fits perfectly into the line and leads over to the both comfortable and chic quilted leather single seat with suede in the middle.

Finally, we gave the bike a fresh painting and powder coated some parts – chic black of course – and gave the tank the Harley-Davidson logo in white. 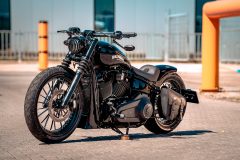 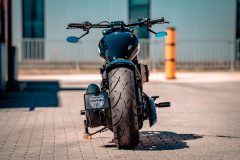 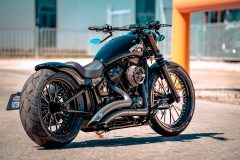 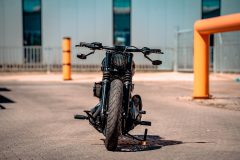 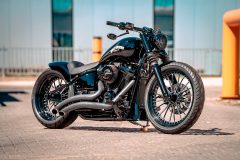 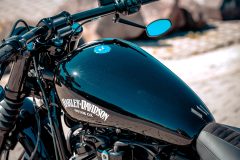 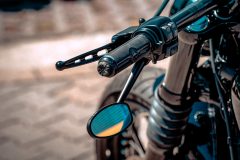 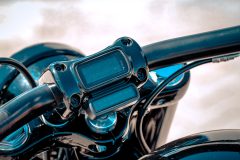 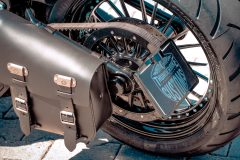 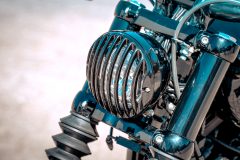 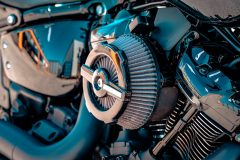 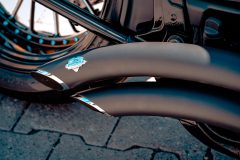 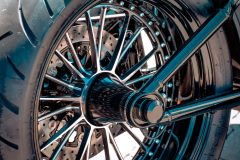 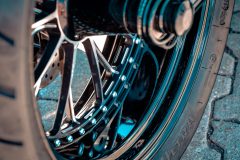 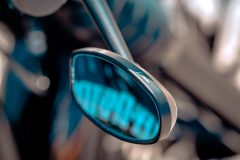 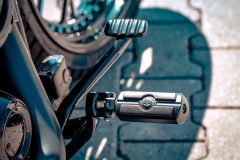 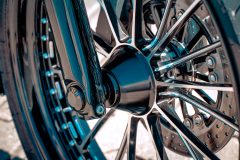 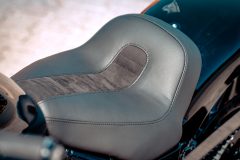 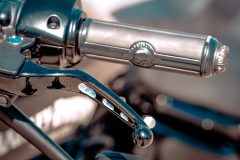 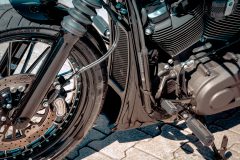 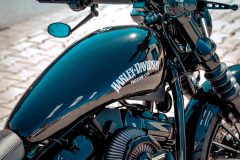 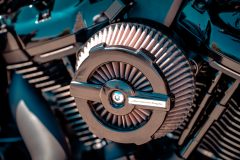 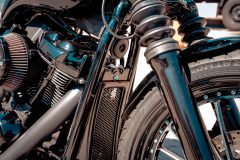 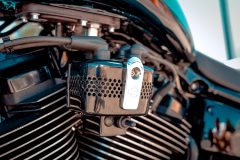 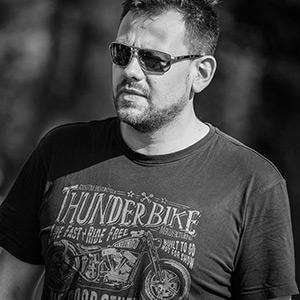 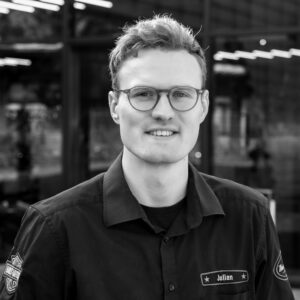 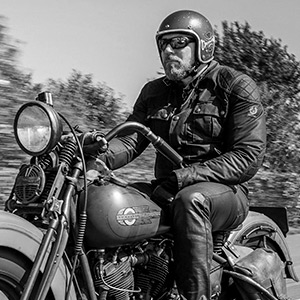 With classic shapes & colors, this street bob transforms into a stylish bobber!

A real lover never stops after the first round, just like Nico. Check out the 2nd round!

The Black Scorpion is a real eye-catcher and lives up to its name. This Softail comes with an elegant, black original [...]

To make this dream come true

In the design of the famous fighter plane of the US Forces from World War 2, this oldschool bobber appears almost like a [...]

Stylish on the road with leather saddle and swinging rear fender, beefy wheels, wide handlebars and some other chic [...]

Flat silhouette, big spoke wheels as eye-catchers and a roaring decent sound. Heart, what more do you want?

Classic with upswept exhaust, whitewall tires and swing saddle, plus forward-mounted footpegs and high handlebars. We [...]

Swinging rear fender, solo seat and fat wheels - that's how we turn the Street Bob into a nice bobber.

You're up for a really fine Harley and that with few means and handles? Then take a look at our Eagle Bob. Individual [...]

Custom tank, custom wheels, custom fenders and a few other parts turn the simple model into a really fine thing!